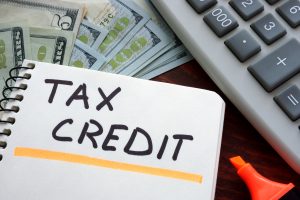 If the sole purpose of a partnership is to harvest tax credits, is that a legitimate business for tax purposes?  According to the Tax Court and the D.C. Circuit Court of Appeals, yes.  In Refined Coal, LLC.  V. Commissioner, No. 20-1015, (D.C. Cir. August 5, 2022), the answer is a resounding yes.  But first, some background.

Wait a minute; they are reselling refined coal to the company from which they bought it for less money!?  How could this ever make good business sense?  The answer?  Tax credits.  The only possible way this was only profitable was through the application of the tax credit for refined coal.  And we are not talking peanuts here.  AJG projected that the sub would realize a $140 million after-tax profit over a ten-year period.

Sadly, profits were much less than projected.  In fact, the project had several lengthy shutdowns.  Finally, in 2012, Santee shut down the coal-refining operation because of insufficient demand for local power, which caused two of the partners to suffer $ 2.9 million and $700,000 after-tax losses, which they wrote off on their respective federal income tax returns.

Not so fast, the IRS said.  To be a legitimate business, i.e., to write off expenses and losses, you must have a profit motive, and operating a business solely to harvest tax credits do not count, so the partnership was not a bona fide partnership; therefore, the losses are not deductible.

The D.C. Circuit Court noted that due to special benefits the tax code affords partnerships, there is the ever-present temptation for an entity to appear as a partnership, even if it is not.  The Court noted there are two requirements to be a partnership.  The first requirement is the partners must intend to carry-on business as a partnership, i.e., the business must be undertaken for profit or other legitimate nontax purposes.  Factors examined include the duration of the partnership and the business rationale for forming a partnership.  The Court observed, “Taxpayers that structure their dealing to receive tax benefits afforded by statute are entitled to those benefits, no matter their subjective motivations.”

The second requirement is the partners must intend to share in the profits or losses or both; that is, the partners’ interests must have the prevailing character of equity.  If a partner is insulated from the upside and downside risks of the business, that partner looks more like a secured creditor, not a true partner.

So, where does that leave us?  Consider for a minute all the tax credits provided by the tax code.  The Refined Coal decision confirms and affirms that a partnership organized solely to harvest tax credits is a legitimate business for tax purposes.  The question is, what tax credits can your business harvest?

Offit/Kurman PA counsels clients on business matters, including the formation and structuring of entities to maximize tax savings and tax credits.  The views expressed herein are solely those of the author, are not intended as, and do not constitute, legal or tax advice.

Mr. Tippett began practicing law in 1987 in Atlanta where he litigated major construction project disputes, complex white-collar crime matters, and significant business and estate issues. In addition to practicing law, he ran a manufacturing company in High Point in the mid -1990s, which provided him with a unique and broad perspective on understanding the various issues faced by business owners and managers.