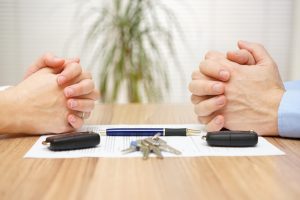 The definition of “burden of proof” is the obligation to prove one’s case. Anyone who watches Law & Order or any other legal drama has surely learned that the most serious crimes require the state to prove its case against a defendant “beyond a reasonable doubt”. This is one example of a burden of proof – but what does the burden of proof look like in a divorce case?

In a South Carolina, each of the divorce grounds has certain elements that must be proven in order for the divorce to be granted. The burden of proof can vary depending on the ground that is alleged, but typically some corroborating evidence is necessary in addition to testimony from the complaining party.

Anyone who is seeking a divorce based on fault grounds should be sure to ask their attorney to explain the basics of what “burden of proof” must be proven in their divorce cases before making the decision to file their case. The more you understand, the more helpful you can be in obtaining the necessary evidence to help your attorney prove the case and obtain the divorce.

For example, if a husband tells his wife he is going on a business trip for a week and she later learns that he actually went on a trip with a woman that she’s discovered he’s been exchanging dirty text messages with, the wife would likely be able to prove both inclination and opportunity and obtain a divorce on the grounds of adultery. However, if the wife only saw her husband out eating lunch with another woman without any other evidence showing he desires the woman and they have not been caught together in a private location where they could engage in sexual activity, she likely would fail in her request for a divorce on the ground of adultery.

It is usually necessary to have corroborating evidence in addition to the testimony of the parties. There are numerous ways to prove divorce grounds. For instance, in cases of physical cruelty, treating physicians can testify about medical treatment rendered or witnesses can testify about marks and bruises they have seen. Adultery cases are often proved through a private investigator, who provides photos or videos of the spouse and suspected lover acting romantically or entering an apartment or motel where they spend time alone with each other. In habitual drunkenness cases, the Court can consider things such as prescription records, checks or charges at liquor stores, pictures of empty liquor bottles, or the spouse passed out in situations that make it obvious the spouse was intoxicated.

In rare cases, a Judge may not require corroborating evidence if he or she is thoroughly convinced by the testimony of the litigants that there is no collusion. Collusion occurs when the parties have conspired to fake the grounds for divorce for any reason. Collusion is illegal, and it is unethical and improper to ask your attorney to participate in such an action. In fact, doing so will likely lead to your attorney firing you as a client.

Many people are unaware that there is also a burden of proof required even in a divorce not based on a fault ground in South Carolina.  In these cases, the person seeking the divorce must prove that the couple has been “living separate and apart without cohabitation” for a continuous period of more than one year before filing. Cohabitation simply means living together under the same roof. If the parties initially separate to begin the divorce process, but then move back in together, even if they aren’t live in separate rooms and do not engage in sexual relations, the Court views this as resuming the marital relationship. This will automatically terminate the continuous period of living separate and apart, and the clock must start over again the next time they separate. The same is true if the parties reconcile and live together again as husband and wife for any length of time during that one-year period.

In conclusion, it is important to understand the burden of proof that is necessary in order to obtain a divorce in South Carolina. This burden can vary depending on the ground being used for divorce, but typically some corroborating evidence is necessary, in addition to testimony from the complaining party. It is important to ask your attorney to explain the basics of what “burden of proof” must be proven in your divorce case before making the decision to file.

If you and your spouse are considering divorce, don’t make any decisions about how to proceed before talking with a trusted attorney in your area. Your divorce and any settlement you create will be subject to your state’s divorce laws. Without discussing your situation with an attorney, your agreement may not be what you want or what is beneficial to your future.

Ben Stevens has provided exceptional legal counsel and support to families throughout South Carolina for over twenty-five years, handling all matters of family law, including divorce, separation, alimony, and child custody. Mr. Stevens is a Fellow in the prestigious American Academy of Matrimonial Lawyers and the International Academy of Family Lawyers, and he is a Board-Certified Family Trial Advocate by the National Board of Trial Advocacy. Contact our office at (864) 598-9172 or SCFamilyLaw@offitkurman.com to schedule an initial consultation.