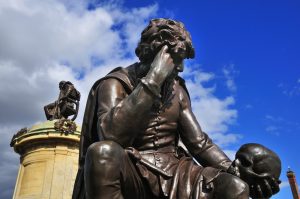 A number of our clients have converted, or are considering converting, their business entities into B Corporations.  The B Corporation structure is not ideal for everyone but is certainly worth a look.

How is a B Corporation different from a traditional corporation?

Traditional corporations often are required to maximize shareholder value as their primary mission, and the failure of directors to do so can be a breach of their fiduciary duties to their shareholders.  In some cases, this has led directors to focus on short-term gains – making the quarterly report look good – to the detriment of the long-term interests of the business.  It also has led to difficulties in addressing the needs of employees and customers.

In contrast, B Corporations (and the related Benefit Corporations and Benefit LLCs) have decided not to make shareholder value their main focus.  Rather, they also look to benefit other stakeholders in the business: employees, customers, the community, and the environment.  This change in focus allows for longer-term strategies for success.  And, it allows the businesses to brand themselves as community partners, increasing their market appeal to certain demographics of consumers: surveys indicate that substantial numbers of customers are willing to switch to businesses with B Corporation status.

Are B Corporations Just a Fad?

The jury is still out, but they don’t appear to be.

The emergence of B Corporations began in 2007 and moved into high gear when states began to legally recognize the Benefit Corporation (beginning with Maryland in 2010).  The structure is now recognized in 35 states and the District of Columbia, and the number of B Corporations now exceeds 3,000 – in more than 175 industries.  Benefit Limited Liability Companies also are expressly recognized in several states, including Delaware, Maryland, and Pennsylvania, and implicitly permitted by many other states’ LLC laws.

Ben & Jerry’s and Patagonia are two of the best-known B Corporations, but most B Corporations are privately-held small and medium-sized businesses.

What’s the Process to Become a B Corporation?

The first stage in becoming a B Corporation is relatively straightforward.  In the jurisdictions that allow it, a corporation or LLC can amend its Articles to become a Benefit Corporation/Benefit LLC.  The entity then has to abide by the state’s rules for the entity type, related generally to public benefit purposes, accountability, and transparency.

A company can stop there, or can move on to the more difficult step of getting certification as a B Corporation (which is available to LLCs, partnerships, and sole proprietorships, too).  B Lab, an independent nonprofit organization, evaluates applicants based on their business models and actual operations to confirm that they meet certain standards of societal and environmental performance and certifies the ones that pass the test.  Once accomplished, the business can use the B Corporation certification in its marketing.

Could B Corporation status be right for your business?