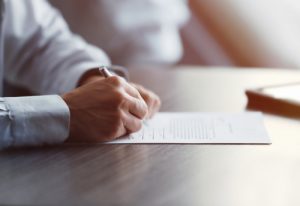 Your company receives a typical claim for back wages or overtime pay filed by an employee or former employee and her attorney.  The attorney sends a demand letter; pay the amount due or a formal claim will be filed.  You look into it and confirm errors were made and the amount claimed is due the employee.  There is no need for further investigation.  You agree to pay the employee the wages due.  You ask for, in exchange for payment, a general release from the employee dropping all of her claims including specifically her federal Fair Labor Standards Act (“FLSA”) claims; no actual claim was filed with the U.S. Department of Labor (“DOL”) administratively and no lawsuit was initiated.

It would seem this is a perfect, logical example as to how the system is supposed to work.  A represented employee has a valid claim which the employer immediately accepts and pays in full; the employee gives the employer a release agreeing not to sue as she has been paid.  This is a fast, efficient cost effective, “win-win-win” resolving the issue … right?  WRONG!

Unfortunately, the FLSA Statute is a very unique law that archaically does not allow the parties to privately settle with a release and waiver of the employee’s right to file an FLSA claim, even if fully paid, unless the settlement is approved by the DOL or the court; This cuts directly against the grain of the law, which usually wants amicable resolutions.

The reasoning behind this is the protection of the employee, who is often at a great disadvantage financially and from a status standpoint.  But if the employee is competently represented by her own attorney or her union, then the policy is fulfilled.  This highlights the dire need for a change of the law.  Because, if in our earlier example, the employer pays the claim demanded and the employee signs a release and waiver, approved by her attorney, despite that, paradoxically, the employee can still file a FLSA claim and lawsuit.  And some do play the game of “gotcha.”

Most courts have followed this interpretation espoused by the Eleventh Circuit of the U.S. Court of Appeals in Lynn’s Foods Stores v. United States, 679 F.2d 1350 (11th Cir. 1982).  That Court held there were only two ways to settle a private FLSA claim; DOL approved payment or a stipulated court judgment where the Judge decides whether the settlement “is a fair and reasonable resolution of a bona fide dispute over FLSA provisions.”  Today, this is still the law in the Third Circuit (Pennsylvania, New Jersey, Delaware and the U.S. Virgin Islands).

A recent case in the Southern District of New York (Second Circuit) bucked this trend and hopefully will lead to some needed “common sense” change.  In Gaughan v. Rubenstein, 2017 U.S. Dist. LEXIS 107042 (S.D.N.Y. July 11, 2017), Gaughan, who was terminated by the employer, retained an attorney who sent a letter demanding FLSA damages.  There were extensive settlement negotiations among counsel and the parties until a private settlement was reached with payment and an executed release of all claims.  Upon receiving all of the settlement funds, Gaughan then discharged her attorney and pro se filed a FLSA lawsuit, taking that extra “bite of the apple.”  To avoid the Lynn Foods prohibition of private settlements, the New York District Court, engaged in “judicial gymnastics.”  It distinguished its decision because the employee had counsel and recovered a substantial sum, unlike in Lynn.  The New York Court held the Gaughan private settlement was consistent with the policy behind the FLSA.  While we agree with the result, the reasoning contradicts the actual Lynn / FLSA Doctrine, which mandates only two ways to privately settle: by the DOL or a court stipulation, neither of which were involved in Gaughan.

We recently litigated a case on behalf of an employer in the Southern District of New York, which further illustrates the “pitfalls” of an employer’s private settlement.  There the private settlement was rendered meaningless.  It turned out that the “settlement” and payment by the employer to the employee, negotiated directly between them, served to fund the former employee’s subsequent, duplicative, but lawful FLSA claim.  An employer with only a few employees, had one employee leave.  Upon leaving, the employee retained a lawyer who sent a letter to the employer about alleged FLSA claims.  The employer met with the former employee, without his counsel, and they negotiated a settlement along with a clearly pro se release and waiver document that both parties signed.

No sooner did the former employee receive the substantial settlement funds, did his attorney file a federal FLSA suit on his behalf; the private settlement and release were irrelevant under the law.  We were retained and able to negotiate a second settlement, this time judicially approved, leading to an expensive lesson for the employer in the “FLSA World.”

So what is an employer to do?  Can it settle a private FLSA claim?  This approach has been taken in one Circuit, the Fifth, in Martin v. Spring Break ’83 Productions, 688 F.3d 247 (5th Cir. 2012).  There a union grievance settlement resulted in the employee getting full pay and all signed a release, in a private setting.  Seemingly inapposite to the holdings of all other Circuits, the Fifth Circuit recognized the private settlement reasoning that since there was a “bona fide dispute” over the wages due, there was full payment not a compromise.  This was a distinction without a difference with respect to the bar of private settlements by all other courts.

We are hopeful the legislature or the U.S. Supreme Court will finally change the test making it easier to settle claims.  Typically, that is the approach in all other litigation.  In the meanwhile, considering what is at stake in your particular situation, we suggest that if there are substantial sums in issue and an actual claim has not been filed, before the employer pays anything, the parties should take the time and expense to initiate a court action and quickly enter into a stipulated judgment. In that event, upon court approval, the release and waiver of claims will be valid and unassailable.

If you have any labor issues or needs, please contact us