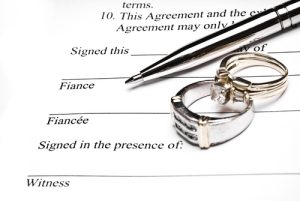 Validity of Pre and Post Nuptial Agreements in Maryland: To what extent are pre and post-nups binding within the jurisdiction?

Prenuptial and Postnuptial Agreements are useful tools to those who contemplate marriage and also for those who have already married and, subject to certain conditions, they can be used to determine support rights and obligations during the marriage and upon separation/divorce, or death of the parties.  Maryland’s highest Court has decided that the State has an interest in assuring that a spouse is supported adequately, that the obligations of marriage are carried out, and that planning for such an event is not against public policy.  Frey v. Frey, 298 Md. 552, 471 A.2d 705 (1984).

The position taken by the Court of Appeals was buttressed by what is often referred to as the Marital Property Act, which, after defining marital property, sets forth what is not, providing that “marital property” does not include property excluded by valid agreement; or (iv) directly traceable to any of these sources.  Family Law Article, Sec. 8-201(e)(3)(iii) and by the 1980 Alimony Act, Family Law Article, Sec. 11-101(c), Anno. Code of Maryland, as Amended, which provides: If a final disposition as to alimony has been made in an agreement between the parties, the court is bound by that agreement as the agreement relates to alimony. Absent a terminal date (sometimes called a “Sunset provision”) the Premarital Agreement lives on until its conditions are performed or enforced upon the divorce (or separation depending on the terms of the agreement) of the parties or the earlier death of one of them.  Cannon v. Cannon, 384 Md. 537, 865 A.2d 563 (2005).

Premarital Agreements are contracts which are reviewed under the objective standard of contract interpretation. If the agreement is clear and unambiguous, the search for the meaning of its terms stops right there.  However, such agreements can be attacked based upon fraud, duress, coercion, mistake, undue influence, a party’s incompetence, or unconscionability.  Again, the party attacking the agreements bears the burden of proof.  The overriding issue in analysis is to determine whether there was overreaching rather than whether there was complete detailed disclosure of assets.

A prenuptial agreement is viewed in an atmosphere that a confidential relationship is presumed as a matter of law between the parties entering into a prenuptial agreement.  To the contrary, a confidential relationship is not presumed between spouses entering into a postnuptial agreement. Thus, the party supporting the agreement must prove the contract is fair and reasonable.  Such fairness requires a frank disclosure of the respective worth of each, so that each party knows what they are waiving, but where the attacking party is deemed to have had adequate knowledge of what such a disclosure would reveal, a full and formal disclosure is not required.  Defenses to enforcement of the agreement by the attacking party may come to naught where the party seeking enforcement can show that the agreement was really between two people who stood equally, there was negotiation, and particularly where the attacking party was represented by legal counsel.  In such instances, there is little likelihood that a claim of overreaching or unconscionability will prevail under Maryland law.  Where the agreement contains valuable consideration in exchange for a waiver, or where the waiver is mutual, such as a mutual waiver of equitable distribution, it may be very difficult to prove overreaching.  When attacking an agreement for unconscionability, the determination of the time the parties entered into the agreement, not at the time a party seeks to enforce it. Martin v. Farber, 68 Md. App. 137, 510 A.2d 608, 611 (1986). Post-Marital Agreements are also favored by the courts and sanctioned by statute. Family Law Art., Sec. 8-101(a), Anno. Code of Md., as amended. When attacking an agreement for unconscionability, it must be viewed as of the time that the parties entered into the Agreement, not at the time that a party seeks to enforce the Agreement. 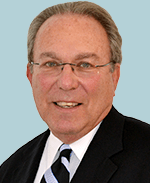 Ronald L. Ogens is a Principal attorney in Offit Kurman’s Washington office and Chairman of the Family Law Practice Group. Mr. Ogens’ practice as family law attorney and divorce lawyer is focused on the negotiation, settlement, and litigation of family law matters in Maryland and the District of Columbia. He can be reached at 240.507.1701 or rogens@offitkurman.com.