Brian Loffredo is an attorney with Offit Kurman, P.A., a mid-Atlantic law firm.  Brian has assisted hundreds of franchisees nationwide with their FDD and franchise agreement reviews.  If you have questions with this article, or would like an initial consultation to discuss your FDD review, call him at (301) 575-0345. A typical FDD review and consultation can be completed for under $2,000.00. 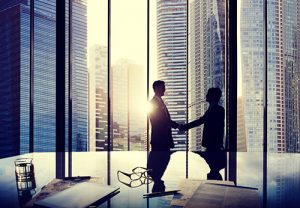 Buying a franchise?  If so, you will at some point be presented with what is known as a Franchise Disclosure Document (“FDD”). And if you are like most people, the sight of the FDD will make your heart skip a beat.  A legal document as thick as a bible can never be good, right?  Not necessarily.  In theory, the FDD is supposed to help franchisees make informative decisions, and assist them in their due diligence. Without question, the FDD contains a great deal of useful information. However, the reality is that FDDs often cause analysis paralysis in franchisees. For this reason, franchisees should enlist the help of a franchise attorney to assist them with extracting and prioritizing the information presented in the FDD.

Franchisees spend a great deal of time conducting due diligence.  They review their leases, conduct market analysis, contact other franchisees, go to discovery days, etc.  However, many franchisees fail to invest the time and energy necessary to understand the FDD and the franchise agreement they are signing.  These franchisees are not fully invested in their businesses, and lack a basic understanding of what franchising is all about. Competent franchise counsel can change the way franchisees approach their franchises, and provide protections along with way.

If you have seriously considered a franchise, chances are you have been presented with a Franchise Disclosure Document (“FDD”) for review.  And, if you are like most people, you probably cringed when you saw it. FDDs are not pretty, and many of them are so thick they could stop a bullet. However, despite their cumbersome existence, FDDs contain useful information that should be considered. This information is broken down into 23 “items” of information that must be disclosed to potential franchisees at least 14 days prior to signing a franchise agreement, for example:

Item 3. This item discloses certain litigation to which the franchisor is a party.  A large number of cases can be an indicator of a troubled system.  This is particularly true if the cases involve allegations of fraud against the Franchisor. However, the number of litigation cases will mean different things depending on the size of the system. A small system with many cases is more troubling than a large system with a few disgruntled franchisees.

Item 20.  Item 20 identifies other franchised outlets, as well as transfers of those outlets, in a tabular format.  It also sets forth other information, such as projected openings. Item 20 breaks down the information by year and state, and it very useful for many purposes.  For one thing, Item 20 can be indicator of the health of the system. Numerous transfers and terminations may indicate turmoil or unhappiness among franchisees. Additionally, a system that grows to fast may also be of concern, especially for a younger and less seasoned franchise system. The geographical location of other franchisees is also important.  Franchisees opening in new and distant states may find that marketing dollars are less likely to be spent in their territories, and may also find that the franchised concept is not a good fit for their region of the country. Item 20 can thus serve a useful tool for franchisees conducting due diligence.

The above categories represent a small portion of the information that should be reviewed prior to opening a new franchise. Navigating through the world of information can be a daunting task.  For this reason, every prospective franchisee should consider having an attorney review their FDD and franchise agreement. A skilled franchise attorney can guide you through the licensing process, protect your interests, and help you become invested in your new franchise.

If you have any questions regarding the content of this article, or any other franchise law matter, please contact Brian Loffredo at 301.575.0345 or by e-mail at bloffredo@offitkurman.com.

Brian Loffredo is a commercial litigator with more than fifteen years of experience representing clients in the franchise industry. Brian routinely assists clients during the licensing and franchise/FDD review process, as well as with the resolution of franchise-related disputes, including those involving terminations, territorial disputes, fraud, disclosure/relationship law violations and breaches of contract.