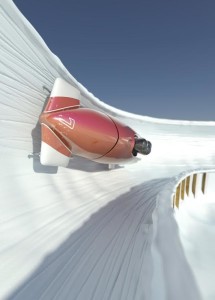 Offit Kurman co-founder Ted Offit was recently mentioned in The Washington Post article “Sochi 2014: Bobsled team spends a night in Washington raising funds.” What does a Business Law And Transactions attorney have to do with the U.S. Olympic bobsled team? Well, not only is Mr. Offit a USA Bobsled and Skeleton Federation board member, he also organized the fundraiser, which was held on Tuesday, December 17th at the Fairmont Hotel in Georgetown.

“For me, it’s about supporting these amazing athletes,” said Offit.

With the Sochi Games just seven weeks away, the Federation’s lone fundraiser is responsible for raising the necessary funds for the athletes competing in Bobsled and Skeleton, who are not guaranteed full funding.

“We have to try to make up the deficit between what it costs and what we have,” said Offit.

Tuesday’s fundraiser, which featured Jimmy Roberts of NBC Sports as the emcee, drew a crowd of 185 guests.

“Much like everyone else, I just figured the government or somebody else — or if I made the national team, sponsors would just come clawing at me. And that’s not the case at all,” added Elana Meyers, who won the bronze medal at the 2010 Olympics. “You really have to make sure you’re doing everything you can to work for those dollars. It’s work. It’s part of the job. I just think of it as what I have to do to be able to do what I love.”

When all was said and done, the event raised more than $250,000, according to Offit.

“Washington has many fundraisers, but not like this one,” said Offit. 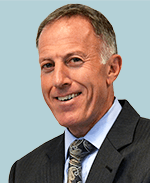 If you have interest in supporting the US Olympic Movement, please contact Ted Offit at 301.575.0304 or toffit@offitkurman.com. Mr. Offit serves as general counsel to a significant list of privately held organizations and often serves in an advisory capacity to the board of directors of the firm’s entrepreneurial clientele. To learn more about Mr. Offit and Offit Kurman, please Click Here.