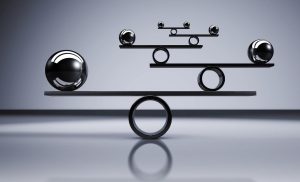 An interesting issue is percolating in the Fourth Circuit right now. This issue is whether, in a Subchapter V case, a creditor may successfully object to the dischargeability of certain debts of a non-individual debtor (as opposed to an individual debtor). The debts in question are the debts described in Section 523 of the Bankruptcy Code. Section 523 is titled “Exceptions to discharge” and describes the types of debts that are not dischargeable by “an individual debtor.” Section 523 includes certain tax debts, debts for fraud, debts for breach of fiduciary duty, debts for willful and malicious injury, and certain debts payable to a governmental unit.

In the bankruptcy world, we’ve all been trained that Section 523 does not apply in cases filed by non-individual debtors. That’s because the preamble to Section 523 refers to debts of “an individual debtor.” When I first learned of this issue, I thought it was farfetched that a creditor could object to the dischargeability of the type of debts described in Section 523 in a bankruptcy case filed by an entity. However, if you look at the statutory provisions at issue here, there does appear to be some logic behind it. And because Subchapter V of Chapter 11 has only been around since February of 2020, the statutory provisions are brand new.

Why is this important?  I mentioned above that a case is pending in the Fourth Circuit on this issue. The case arises in the Cleary Packaging, LLC case (the “Debtor”), which was filed on February 7, 2021, in the U.S. Bankruptcy Court for the District of Maryland (the “Bankruptcy Court”). Prior to the filing, a creditor, Cantwell-Cleary Co., Inc. (the “Creditor”), obtained a large money judgment against the Debtor for intentional interference with contracts and tortious interference with business relations (the “Debt”).

After the Debtor filed for bankruptcy, the Creditor objected to the dischargeability of the Debt under Section 523(a)(6) (willful and malicious injury). Ultimately, the Bankruptcy Court held that the Bankruptcy Code limits the application of Section 523 in Subchapter V cases to individual debtors. The Creditor obtained permission to pursue a direct appeal to the Fourth Circuit. Interestingly, the case caught the attention of the United States, which filed an amicus brief in support of reversal, citing several types of debts described in Section 523, including tax debts, certain fines and penalties and criminal restitution debts. Another group of nine interested parties also filed a separate amicus brief in support of reversal because of their interest in enforcing wage theft claims. The Fourth Circuit conducted an oral argument on March 10, 2022, and has not yet issued a decision.

The Creditor and the amici curiae argue, among other things, that because Section 1192 of the Bankruptcy Code (which governs discharges in nonconsensual plans in Subchapter V cases) excepts from discharge any debt “of the kind specified in section 523(a) of this title,” and does not differentiate between individual and non-individual cases, it applies equally to both individual and nonindividual debtors. 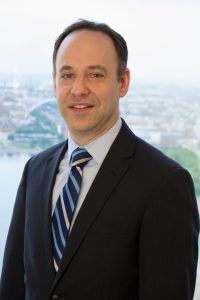 Stephen Metz is a Principal attorney at Offit Kurman. In more than 23 years of practicing law, he has garnered a reputation for being a tremendous advocate for his clients. Stephen concentrates his practice in litigation involving bankruptcy, creditors’ rights, title disputes and real estate. He frequently represents debtors, creditors, and other parties in bankruptcy cases in various industries, including telecommunications, retail, financial services, real estate, insurance and consumer credit.