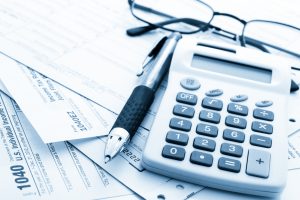 Depending on inflation, the exemption could drop to between $5- $6 million after 2025. With this prospect in mind, it has become vital for married couples to make the most of estate tax portability. Mistakes can lead to a reduced exemption and a substantial amount of unnecessary tax.

With estate tax “portability” in place, a married couple can effectively use both spouses’ estate tax exemptions, passing as much as $23.4 million to other heirs with no federal estate tax liability.

Example 1: Mike has $8 million in assets, including a $5 million IRA, and Mike’s wife, Megan, has $6 million in assets (including joint property). Mike dies in November 2021, leaving everything to Megan. Marital bequests don’t generate estate tax, so Megan gets to keep all $8 million from Mike, estate tax-free. Going forward, Megan might die with a $15 million estate, including the assets inherited from Mike. If her estate tax exemption then is $6 million, Megan’s estate would be $8 million over the limit and her heirs could owe $3 million in tax, at today’s 40% estate tax rate. The tax bill could be even higher because of an increased rate or state tax obligations or both.

Something called “Portability” can prevent this type of scenario because the surviving spouse can use the Deceased Spouse’s Unused Exemption (DSUE) as well as her own. Mike did not use any estate tax exemption at his death, because he left all his assets to his spouse. If Mike dies in 2021, his unused exemption amount — the DSUE — would be $11.7 million, which Megan can claim as part of her own.

Thus, if Megan dies with a $6 million exemption, under the law effective at her death, using the $11.7 million DSUE from Mike would raise her exemption to almost 18 million. Megan’s hypothetical $15 million estate, mentioned previously, would generate no estate tax with an $18 million estate tax exemption.