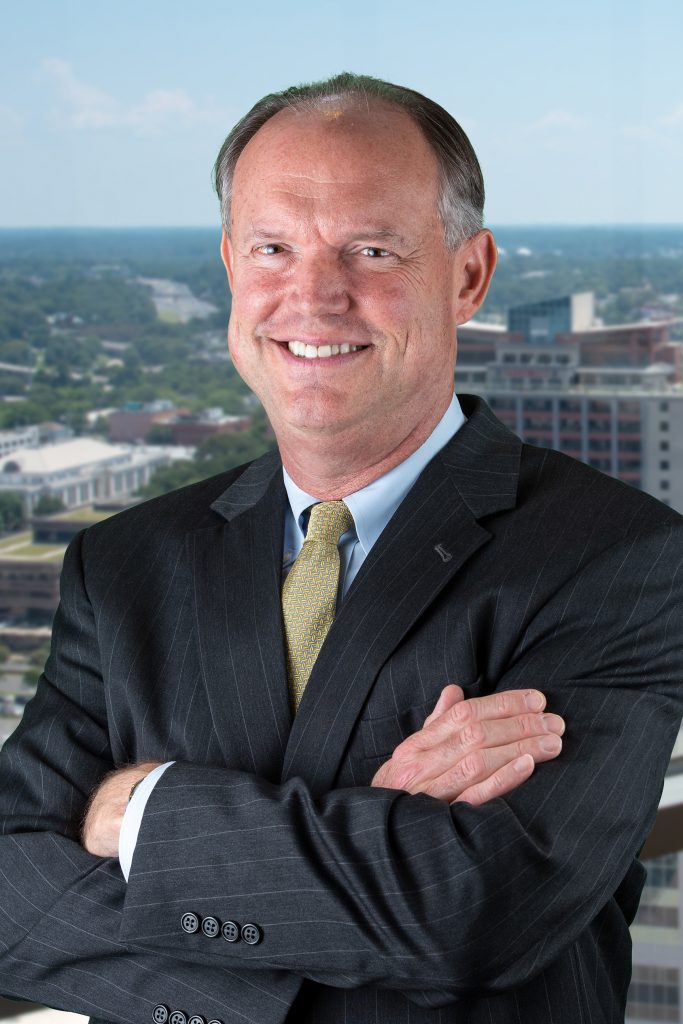 Paul Baynard has represented business entities in the roles of interim general counsel, outside general counsel and corporate counsel in a broad range of general corporate services. Mr. Baynard, utilizing both his law degree and his MBA, has obtained favorable outcomes for business clients in various types of legal matters.

Mr. Baynard has represented debtors and creditors (secured and unsecured) in corporate workouts, financial reorganizations, and business bankruptcies under Chapter 7 and Chapter 11 of the Bankruptcy Code. He has represented unsecured creditors’ committees in business bankruptcy cases as well as parties in preference and fraudulent transfer actions. For his work in this practice area, Mr. Baynard has been named as a “Legal Elite” by Business North Carolina magazine in the area of Bankruptcy Law, has been selected as a “Super Lawyer®” by North Carolina Super Lawyers magazine in the area of Bankruptcy Law and has been recognized by The Best Lawyers in America® in the area of Bankruptcy and Creditor Debtor Rights/Insolvency and Reorganization Law.

At the request of a law firm client, Mr. Baynard has served as the interim general counsel for a manufacturing corporation that has 38 locations across 15 states employing approximately 3,000 people.

As outside general counsel and corporate counsel, Mr. Baynard has represented family-owned businesses, entrepreneurial companies and lower middle market corporations in various corporate matters including, but not limited to, financing with secured lenders, business litigation proceedings, transactions involving mergers and acquisitions, negotiations of contracts and other agreements as well as the preparation of formation and corporate governance documents.

Mr. Baynard is certified to conduct mediated settlement conferences in the Superior Courts of North Carolina by the North Carolina Dispute Resolution Commission.