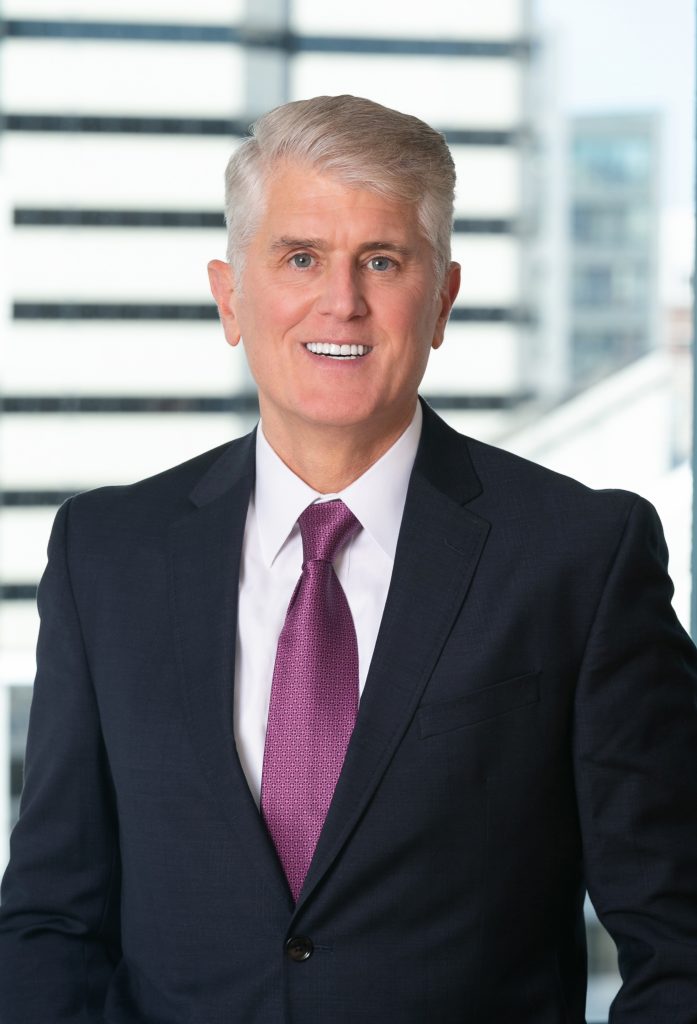 Jack Garson’s practice focuses on Real Estate, Construction and Business law. He serves as a legal advisor for numerous local, regional and national companies, focusing on business, commercial real estate and construction law. In addition to providing legal counsel, Jack serves as a strategic advisor and negotiator for many clients, providing guidance on issues such as the growth and sale of businesses, liability and risk reduction, hiring and retention of key personnel, protecting and enhancing profitability, and negotiating the resolution of complex commercial disputes.

Jack has successfully negotiated commercial transactions, ranging from the purchase and sale of multi-million-dollar businesses, to the structuring of nine-figure construction contracts, and the sale and leasing of commercial properties throughout the United States.

In addition to his law practice, Jack has long been active in public affairs. Appointed to the position by the Governor of Maryland, he is a former director of the Metropolitan Washington Airports Authority which oversees the operation of Ronald Reagan National Airport and Washington Dulles International Airport. He has served on the Maryland Comptroller’s Business Council at the request of Maryland Comptroller Peter Franchot and was a member of the Montgomery County Economic Council, appointed by Maryland County Executive Isiah “Ike” Leggett.

Jack is the author of the book “How to Build a Business and Sell it for Millions” (from St. Martin’s Press). He is also a contributor for Forbes, where he writes about what business leaders need to know about the law. Previously, Jack wrote The Legal Edge, a monthly law column for SmartCEO, a leading business magazine in the Washington DC region. He has authored numerous business and legal columns for a wide variety of major publications. Jack’s published insights have led to interviews and profiles in such respected media outlets as the The New York Times, The Washington Post, Bloomberg Businessweek and the Washington Business Journal. 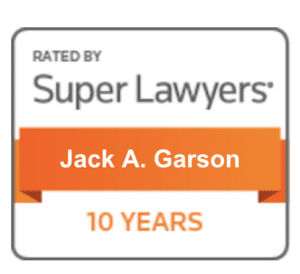 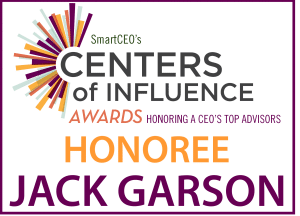 “I’ve been working with Jack Garson for many years. He’s incredibly experienced and knowledgeable when it comes to real estate and construction law, exactly what’s needed to handle complex legal issues and negotiations. But he’s also reasonable, which makes the process better for all sides.”
– Glenn Ferguson, President, CBG Building Company LLC

“When you’re dealing with commercial real estate, problems can escalate quickly. It’s always the storm you don’t expect that can get you. Jack Garson makes sure those problems don’t occur, or he keeps them to a minimum. His vast experience keeps him several steps ahead.”
– Deborah Fox, Former Senior Vice President, General Counsel, QinetiQ North America, Inc.

“I have worked with Jack on numerous projects over the years. Jack is a talented attorney and has surrounded himself with an impressive legal service team. He is responsive, analytical and practical in his approach to client issues and requests.”
– John Seek, CPA, Partner, CohnReznick

“Jack Garson’s expertise provides my clients with the confidence that allows them to do what they do best: run their businesses.”
– Joe DeNoyior, Managing Partner, Washington Financial

“I refer many of my clients to Jack Garson and his firm for lease-related services. He’s outstanding on leases; in fact, I’m hard pressed to think of anyone who knows more about leases and lease clauses than Jack.”
– Rich Rhodes, Managing Principal, CRESA Partners

Jack's Law Library is where you will find a variety of articles authored by Jack Garson.

While these articles certainly don’t take the place of legal advice from our attorneys, they do offer you additional insight and supplement the education we strive to impart as we seek to empower our clients.

Previously, Jack wrote “The Legal Edge”, a monthly law column for SmartCEO, a leading business magazine in the Washington, D.C., region. Jack’s many published insights have led to interviews and profiles in The New York Times, The Washington Post, Bloomberg BusinessWeek and Washington Business Journal.

"New Year’s Resolutions for Your Business"

As published on Forbes.com It’s January and you’ve already thrown in the towel on losing weight, exercising or quitting anything…

"Crisis Management: Do You Have The Right Plan?"