In divorce cases, it is not unusual to find that a client has at some point during the marriage commingled nonmarital assets with marital assets, making it difficult or impossible to prove that the assets should be retained by the client at the time of divorce. In Maryland and the District of Columbia, assets acquired by a spouse prior to the marriage or by gift or inheritance are that spouse’s nonmarital property. Commingling of assets occurs when a marital asset is mixed in with a nonmarital asset.

To ensure that nonmarital assets will not be deemed marital property at the time of divorce, the best course of action is to keep them separate during the marriage by maintaining a separate bank account. It is also prudent to execute a prenuptial agreement prior to the marriage identifying which property will remain nonmarital at the time of divorce.

To prove that an asset is nonmarital at the time of divorce, retaining documentation is vital. Account statements are frequently used to prove that funds in an account are a spouse’s nonmarital assets. If you have nonmarital assets that you want to remain your separate property, hold on to those old account statements establishing how and when you acquired the assets because they might not be available from banks or other financial institutions 10, 20, or 30 years later when you are getting divorced. It might also be necessary to employ a forensic expert to prove that the assets are nonmarital, depending upon the situation.

Everyone goes into their marriage hoping it will last forever, but you would be wise to avoid the common mistake of commingling just in case it doesn’t. 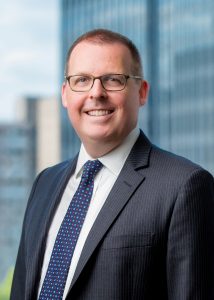