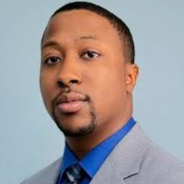 Anthony Lawrence is the founder and CEO of VOR Technology, a cybersecurity firm in Hanover, Maryland. Established in 2012, VOR Technology is a certified Service Disabled Veteran Owned Small Business (SDVOSB) that provides defense intelligence and technology solutions to national security and private enterprise clients. The company has expanded dramatically since its inception, earning inclusion on the Inc. 5000 list of the Fastest Growing Companies in America for 2016, and—most recently—growing through the acquisition of Sintel Group Inc.

MIKE MERCURIO: We all know that the leader of the company is very, very important, but we also know that the leader can’t do it on their own. In terms of employees, why would somebody work at VOR? Please describe your culture—what’s it like, what are the pluses? Are there any minuses?

TONY LAWRENCE: We’re a very unique company. We’re very much a family-oriented company, but we also have a bar—no kids are allowed at the bar. We have a pool table. We’re taking Google’s approach to running a business. Although we’re a government contractor, our employees are not stovepiped to a specific contract. We have employees who have worked on six or seven different contracts while they’ve been employed. We have a very, very good benefits package, great healthcare. We offer free gas to all our team members so they don’t have to pay for gas to and from work. If our employees come here to headquarters, we pay for their food. We do a large trip to Defcon and Black Hat every year. We take the entire company out, and we put everyone up in hotels, and we all work together there, and we go to trainings together. We definitely do a lot of good things. All of our employees receive five free cyber training certifications. We mentioned earlier that we’re doing cybersecurity training, so we offer that to our team members as well. Anybody that’s working for VOR—even if you’re working at the front desk, you have the opportunity to get involved in this new and growing field.

MIKE MERCURIO: It sounds like a great place to work. Maybe I’ll send my application—maybe that’s worth something. Going back to employees: I know you have some key people—you referenced some key folks earlier on. Tell us a little bit about your management team and what they mean to VOR Technology.

TONY LAWRENCE: We’ve been around for five years. The first two years I was running the company basically by myself. I separated from the military, got a small subcontract, and hired my friends to work for the company. I was in business for two years when we won the first good-sized prime contract. It was roughly $7.5 million, and the contract had great margins. I was swimming in cash. I could’ve gone out and bought 15 Ferraris just like that, no problem.

But what I did instead was I went out and I hired the smartest people I knew: my mentors. The first person I hired was my chief operations officer, Rudy Hallenbeck. Rudy and I attended several meetings together with business development leads across the contracting environment. The only individuals that knew anything about NSA cybersecurity or intelligence analysis were Rudy and myself. The meetings would be Rudy and me talking and everyone else listening, and that’s kind of how things went. Everyone would learn from us. As soon as Rudy was available to hire, I snatched him up—you know, to have someone with his background. Rudy was involved with building NSA’s first fully functional supercomputer. He has 40 years of experience in government contracting, so he wasn’t cheap, but he was definitely worth it. Once he came on board, that launched the company in an entirely different trajectory. We grew overnight and we started winning prime contracts more often. He was my first major strategic hire.

My second was my mentor Rodney Buie. When I started VOR, Rodney ran a large cybersecurity division of Telecommunication Systems, which was recently acquired by ComTec. Rodney ran all their cyber operations. There were roughly 300 people in his division. He gave me my second personal contract. He gave me my opportunity. Once he gave me my opportunity, Rudy and I took off. The company was doing well and Rodney wanted to go work for a small business. He didn’t like the large business culture—he wanted to deal with innovative small businesses.

We were having lunch one day, and I said, “Hey Rodney, can you come and join me?” He said yes, and signed up right then and there. Rodney graduated from Stanford University. He has multiple degrees. He’s responsible for winning NSA’s JCAC contract for his former employer, Solvern Innovations. He led NSA’s red team–blue team contract—very, very involved in cyber operations.

By bringing on a CFO within two years in business, I got ahead of everyone else. You know, most people don’t bring in a CFO until they’re 100 people, 50 people, or so. When I was 20-odd folks I brought in a CFO and he was able to project our finances, or money we would need, months in advance. We were able to do a good job staying in business, not missing payroll, invoicing—all the administrative things you need to run a successful government contracting company, we were able to do because he was on the team.

Rudy basically brought in the work and Rodney maintained the work, and that’s how we grew so fast. So, within four-and-a-half years now we’re about 70 people. We have four prime contracts. We have individuals working in 10 different states. We’ve really been able to increase our footprint because of our senior leadership.

TONY LAWRENCE: Down in Florida, Trion is going to be headquartered out of central Florida, and we’re looking at the area because they’re not aware of what cybersecurity is in that part of Florida. They’re really not involved in any high-tech engineering, so we’re working with the Florida Polytechnic Institute. They’re kind of Florida’s answer to MIT. We’re hiring their graduates to work robotics and work cybersecurity programs for us.

Currently, we have two interns here. We’re looking to hire them full-time. They also have opportunities to get fully cleared and go work for the National Security Agency, one of our other government partners. We intend to hire roughly 20 students from the university within the next two years. Those individuals will be involved in pretty much anything you can think of when it comes to technology, and they have two separate paths that they can go: they can go government contracting or they can go commercial. And that’s what we’re creating for individuals in central Florida.

In addition to that, we have a large division of folks down in Pensacola, Florida teaching the joint cyber analysis course—the JCAC. We basically run half of that course. Our instructors oversee everything and that also gives us a foot in for new talent. If military members go through that course, and they’re exceptional and later on they decide to leave the military, we’re the first people they come to. We’re really trying to push cybersecurity into other areas where most people aren’t aware that it exists.

MIKE MERCURIO: And I understand you have a scholarship program?

TONY LAWRENCE: Yes, we do have a scholarship program. Recently, we wanted to give an opportunity to disadvantaged individuals in central Florida to get a full ride to Florida Polytechnic Institute. If individuals are going to public school and they show promise in engineering or technology, we’re paying their full way through college and their food and their dorm. We’re paying everything for three individuals right now, so that’s our most recent initiative but we intend to increase the size of that program to 20