Healing chiropractic patients from the inside out 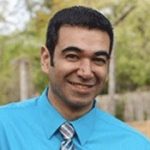 Amir Rashidian is the founder and owner of the Mid Atlantic Chiropractic Center. Located in Frederick, MD, the Center serves individuals suffering from an array of back, neck, and nerve ailments through a medical approach based on a holistic understanding of each patient’s health. Dr. Rashidian is a graduate of George Washington University and the National University of Health Sciences, and possesses over 15 years of clinical and business operational experience. An active researcher, consultant, and volunteer, Dr. Rashidian has received commendations from the U.S. Department of Health and Human Services as well as the Salvation Army, and his work has been published in numerous peer reviewed medical journals. Most recently, he has published a book, entitled The StressProof Life: The Secret to Health, Wealth, and Happiness.

What about your own relationship with stress? Can you tell us about some of the experiences that influenced your book?

AMIR RASHIDIAN: The definition of stress is that it is a force that causes change in your life. If you think about that, what are some of the forces in our life? Gravity is a force. Would you say it’s good or bad? It’s neither. Gravity can make you fall and break a bone, or it keeps your feet on the ground so you don’t float away into space. You can’t say it’s good or bad—it’s how you use it. Same with fire: Is fire good or bad? Well, it’s neither; it can cook your food or it can burn your hand. That doesn’t mean it’s good or bad—it’s neutral. Stress is the same way. You think about money. Money can fund some seriously evil terrorist activities and you can say, “well, money’s bad in that case,” but then it can also put your kids through college. You can’t really say money is good or bad. It’s neutral. Same with stress. Stress is not good and it’s not bad. It just is. It’s a force that will cause change in your life. That change can be good or it can be bad. That change can be in the three dimensions of life: emotionally it can change you, physically it can change you, or chemically it can change you. But stress, by itself, is not good or bad.

Herbert was a patient of mine who had pancreatic cancer. Pancreatic cancer, as you may know, is a very deadly type of cancer. Very, very few people survive it. He was diagnosed with it when I first met him, probably 10 years ago, and he went through a couple of rounds of chemotherapy. Because he thought he was going to die in the next six months, he decided to leave his practice. He was an attorney. He retired, and he went on a trip.

He wanted to see New Zealand. He traveled throughout New Zealand, spent probably six weeks there, came back, and when he came back, he was in remission. The cancer seemed to be gone. He was a patient of mine throughout that time. We were working with building his immune system, strengthening his nervous system, making sure he was free of any abnormal stressors on his life and that he was increasing his ability to handle those.

Years later, he had an imaging study done and the doctors looked at him, and looked at his MRI, and said, “Wow, this cancer is everywhere. It’s taken over your intestines, your kidneys, your liver. It’s spread to your spine. Multiple segments in your spine have cancer in them. You have a few days left to live.” I remember when Herbert came back to my office the next day, it was the first time he actually looked sick. It was the first time he actually looked like he had cancer. Until then, he was amazing. He just looked healthy, but hearing that news, it just tore him down.

The reason I tell this story in the book is that a lot of us love to blame our genetics for conditions like cancer, heart disease, diabetes, and stroke—chronic diseases—but when you do this study, you’ll find out that a lot of people who don’t have a family history of cancer still get cancer, and there’s plenty of people who have a terrible family history of cancer who never get cancer. Why is that? If cancer was genetic, then we would be able to predict exactly when this person’s going to get cancer, at what age and what type of cancer, but we can’t predict that. We don’t know because things need to activate the genes that cause that cancer.

Here’s an example: A few years ago, there was a news report that the gene for the hangover was discovered. Apparently, we all have a gene in our DNA that causes hangovers, but none of us are walking around with a hangover. We only get the hangover when we drink too much. And some people may not have that gene, but most people do. Does that mean that the gene is causing the hangover or was it drinking too much that caused the hangover? We all have a gene for sneezing and coughing and vomiting, but we’re not walking around doing those things. We just have the genes. Something has to irritate our nasal passage for us to sneeze. Something has to cause us to vomit for that genetic program to get activated. Everything is genetically programmed in our bodies to different various degrees. And yes, you may be more susceptible to cancer based on your genetics, but it is not a death sentence. As long as you protect your environment, as long as you protect the internal/external environment in your body, you can prevent cancer.

What we’ve found in our office, with all our patients, is that the beautiful part is it’s a lifestyle. And a healthy lifestyle, we’ve found, prevents cancer, but it’s the same lifestyle that prevents heart disease. It’s the same exact lifestyle that prevents diabetes. It’s very, very simple. Let’s take you as a person, as a whole, and constantly make you healthier and healthier and healthier, and you’ll watch these things not happen or disappear.

The brain is the only organ that you cannot transplant, which is a good thing, because your personality and everything you’ve learned in your life is right in there. Here’s the reason I talk about that: we talked about our stresses and outside force that your environment affects how your body responds, and your genetic program on the inside of your body determines how your body responds, but there needs to be an interface. Something that brings the information into the brain, into the body, and something that processes that and sends information out. Well, that’s the brain.

If we don’t look at the brain and the nervous system, we’re missing the biggest part of this. Because you could have a fantastic environment, and everything could be good, but if the information is not being processed properly by the brain, you’re not going to function properly. If those nerves are not carrying that information out of the brain to the various organs in your body, then your body won’t function properly.

Here’s an example: 20 separate organs have to come together to digest your food. Now, what is digestion? Most people would say, “Well, that’s turning food into energy.” That’s only a small part of it. You see, what the body is doing is actually making more cells. Your skin only is alive for 30 days. Your skin dies—every 30 days, you have new skin cells. Your liver is only alive 24 days. Every cell in your liver dies every 24 days, and gets replaced with a new cell. Your tastebuds are only alive every 8 days. That’s why you can burn your tongue with lunch, and within an hour you forget about it, because it heals that fast. Everything in your body is constantly repairing and regenerating. Those 20 organs that work together to digest your food are actually taking what you ate and creating liver cells, skin cells, bone cells, tongue cells, lung cells—all of that is regenerating. It’s being done by those organs together.

Those organs? They don’t talk to each other. They’re only connected to the brain. And so the brain is telling the pancreas: “We need more insulin.” And then it tells the stomach: “We need more acid.” And it tells maybe the kidneys: Hey, maybe filter out some of the calcium.” They all work together to make the body work. The nervous system, the brain, is the master system in charge of all of those functions. How important is it that there’s no interference on that system of nerves?

What’s one small change people can take to cope better with stress in their lives right now?

We talk about the “French paradox” in the book. I believe how you eat is much more important than what you eat. Again, a lot of things in the book are counter-cultural; they go against what we’ve been taught and what believe: “Oh, as long as you eat healthy, you’re going to be healthy”—that’s not true. How you eat that food is much more important. The French are immune to heart disease. Why? That’s the French paradox. They eat cheese, wine, and bread with almost every meal.

Now, if we did that in America, the obesity problem would be doubled. It’s already bad! But if you’re in France, the only obese people you see are tourists. The French themselves are not overweight. Why is that? The reason is that you need to be mentally and emotionally prepared for your food before you eat. Where do most of us eat our lunch? In the car, driving, while on the phone, biting into that sandwich. The human nervous system, when in fight-or-flight, when in a state of heightened awareness, cannot process food properly.

So you can eat the most healthy food in the world, and it will not act like it’s healthy in your body. You won’t process it properly. And that’s part of the problem here in America today: We’re not eating the right way. Not the right foods—but we don’t eat the right way. In France, in kindergarten, they teach the kindergarten kids how to eat. Part of that is you need to socialize with your friends while you eat. Talk to your friend, eat slow. Here, in kindergarten, we say, “Don’t talk—just eat! Eat fast! Bell’s going to ring!” Very different mentality. That’s what we need to change.