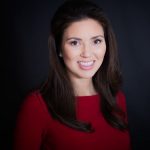 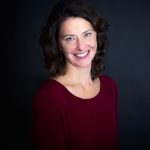 Stephanie Alexander and Katie Bilek are the co-founders, Partners, and “matchmakers” at govmates, a free teaming partner platform for government contractors. Founded in 2015, govmates represents more than 50 federal agencies and has successfully made more than 7,000 matches between businesses. Large and small government contracting businesses alike use the service to form teaming arrangements and win mutually beneficial bids for federal projects. Earlier this year, govmates and Offit Kurman established a strategic marketing partnership to better serve the nation’s largest concentration of government contractors..

In addition to their roles at govmates, Stephanie and Katie each act in an executive leadership capacity in organizations adjacent to the matchmaking space. Stephanie is President of BOOST LLC, a back-office support firm for government contractors; Katie is Senior Vice President at Republic Capital Access, a finance company for government contractors.

MIKE MERCURIO: Where do you see yourselves and govmates in ten years?

STEPHANIE ALEXANDER: Well, hopefully govmates is the platform of choice for all federal contractors looking for teaming partners. We’d like to see our database have over 10,000—10,000 is a nice big round number in terms of govmates, and we want people to see us as the go-to.

MIKE MERCURIO: What has the relationship with Offit Kurman meant to you?

KATIE BILEK: We love that you guys are experts in the government contracting space. Whenever we work with someone, be it in the legal arena, financial, or back-office, we want to make sure that those partners really, truly understand the nature of government contracting, and that’s what you guys do. You also put your clients first, so it’s really important for us to know that ultimately you value that client and their relationships. You’re always going to do right by them, even if it does not necessarily result in work for you.

STEPHANIE ALEXANDER: I think relationships—relationships are key in every industry and especially in ours. We work with people who know their stuff and know the govcon industry.

MIKE MERCURIO: What piece of advice would you give to an emerging entrepreneur? What have you learned that you could pass on to somebody that wants to get into business?

KATIE BILEK: I would say, “collect feedback on your idea”—on your concept—because, quite honestly, the baby might be ugly and you need someone to tell you that early on. Being business owners ourselves, we’ve met so many other CEOs and owners whose products weren’t really all that innovative or differentiated, yet the hype around them was pretty extreme, so I think ultimately it is important to have a true valuable product before you go to market.

MIKE MERCURIO: You do matchmaking with govmates. What are some of the most successful stories or happenings you’ve seen?

STEPHANIE ALEXANDER: As you guys know, in govcon—it’s a long window of opportunity from the time that you identify, get through the RFP, get through the proposal, and then finally get through the protest and then actually get awarded. We’re still collecting metrics on some of the key success stories, but I can tell you that, anecdotally, we’ve had people come to us directly and say, “We’ve won millions of dollars worth of top-line revenue through an introduction that you made.” We’ve had primes come to us and say, “We have actual work that we can give to you tomorrow because we’re on contract”; this isn’t a proposal—this is actual work. We know that we’ve introduced folks that have seen actual task orders directly, foregoing all of the proposal stage of it. Anecdotally, we know that we have seen a lot of success with govmates. We’re still capturing the metrics in terms of the long lifecycle for actual proposal awards.

KATIE BILEK: One other thing I would add is that we have the ability to query on behalf of say, a large systems integrator or defense prime who is seeking a teaming partner but doesn’t want their identity to be known to the market. We received a request from a large public integrator, and they were seeking a very specific kind of small business teaming partner with a very unique capability. We only had a couple of govmates that fit that criteria but we wanted to expand the search and see if we could identify more small businesses that could have been a match. We have a fairly strong social media presence, so we actually hit our network on LinkedIn. Of course, it was anonymous to the actual systems integrator who was making the request, but we went out to the market and said, “Hey, who has x, y, z capabilities?” By the end of the day, we had about three or four new small businesses who had joined govmates because they were friends of other govmates, who then heard there was a certain opportunity where we needed a match, so they reached out to us and joined. It is a great way for a large business that wants to remain anonymous as they’re searching for a teaming partner to actually go through us to find the right match.

MIKE MERCURIO: Are there ancillary services or ancillary needs that you learned from your experiences with govmates?

STEPHANIE ALEXANDER: As you know, we can keep our searches confidential, so we’ve had actually several folks in the [mergers and acquisitions] space come to us directly. They might be looking for a nice govcon with maybe $5–$10 million worth of revenue, a specific past performance or capability… Everyone in our govmates database is in there because they want to be teamed, they want to have relationships, and they want to grow their companies. We’ve found that people are always open to at least that initial discussion. Now, whether or not it goes any further—that’s up to the parties to see if it’s a good fit, but we have found that there’s a lot of goodness in the M&A space.

MIKE MERCURIO: And you do this for free?

MIKE MERCURIO: What a great service.