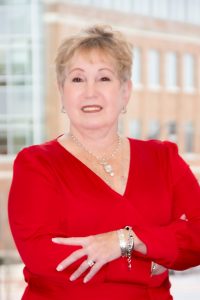 Join us on the first Thursday of each month to learn about a legal topic from our diverse team of attorneys. Guest speakers will also be provided for timely topics.

vicki@i95business.com
Vicki Franz is President/Founder of Stone House Media Group, launched in 1999. Known for launching MD ARRIVE, a popular monthly suburban lifestyle magazine, it ceased publication in December 2013 after nearly 10 years. She and Greg Alexander developed that project and also launched I95 BUSINESS, now entering its 10th year. Throughout her publishing career, Vicki has supported - and continues to support - nonprofits with pro bono media support, donating million of dollars in print, email and digital support. Vicki is married to Doug Franz and they live in an historic home in Cockeysville. They are both involved in Boy Scouts – Vicki serves on the Board of Directors of the Baltimore Area Council – and they have two children who graduated from Virginia Tech, College of Natural Resources and reside in Steamboat Springs, CO. Vicki and Doug love to travel and sometimes include their children in the plan.