Flat-Fee Solutions for Mortage Lenders of All Sizes

Today’s mortgage lenders face extraordinary demands. Not only do they need to stay on top of regulatory issues and mitigate risks, but lenders must spend time improving operational efficiencies while maintaining growth and profitability. As a result, many lenders lack the capacity to take a proactive approach to compliance, and instead must struggle to handle issues as they arise.

With Offit Kurman Compliance Direct, lenders receive the services and support they need to adhere to all federal and state regulations, and gain the freedom to scale their business at a fixed-cost so they can easily budget for compliance.

Let us assist you to navigate the rules and regulations so you can focus on what you do best!

Principal and Chair of the Financial Institutions Regulatory Group
dcasseres@offitkurman.com| 703.745.1811

In addition to being known for aggressively advocating on behalf of his clients, Mr. Karen is widely complimented for his business friendly attitude and creativity, advising clients on legal and regulatory compliance in a manner that is practical and sensitive to business considerations. Mr. Karen's approach affords his clients the opportunity to remain both compliant and competitive in an environment with ever increasing business and legal challenges.

Mr. Karen is a principal in the firm in its Financial Institutions Regulatory and Labor and Employment practice groups. He is also the Founder and CEO of Strategic Compliance Partners (SCP). SCP is an attorney-driven, price-fixed mortgage compliance consulting firm which provides a total compliance solution for lenders. 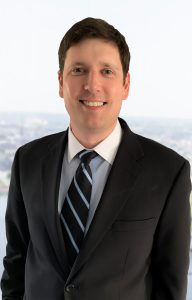 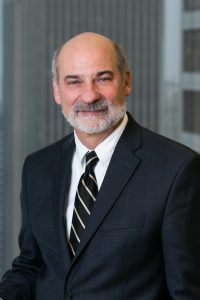 During of the mortgage industry changes made leading up to the creation and implementation of Dodd-Frank Wall Street Reform and Consumer Protection Act, Theresa worked closely with Congressman Gary Miller on various Bills introduced to the House Financial Services Committee. [1] Also during this period of time, Theresa worked with the California Department of Real Estate in developing processes to implement compliance with the federal and California SAFE Act.

Theresa acted as a committee member and industry subject matter expert on developing test questions for both the Federal and California Mortgage Loan Originator Exams.

Micki joined SCP in July 2017 as VP of Consulting Services. Micki started her career in 1997 and has over 20 years of experience as a Mortgage Compliance Officer, spending the majority of her career working for nationwide depository and non-depository mortgage banking institutions. Micki has spent the last seven years using her experience in the industry as a consultant. Micki’s career focus has been in Federal and State mortgage origination compliance, including broker management, federal, state, agency and government examinations, licensing, LOS implementation, policy and procedure writing, process efficiency, post-closing investor relations, quality control and training.

Tim has over 20 years in consumer mortgage origination compliance and risk. He held prior positions with small and local banks, a national thrift, and a regional savings bank. 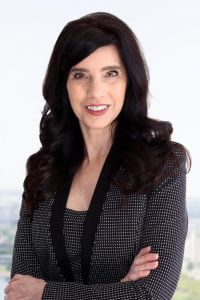 
Gina brings over 15 years of experience in the banking and mortgage industry. Since 2010, Gina has been tasked with utilizing her leadership and multi-faceted compliance experience to develop and implement compliance departments within mortgage and banking institutions.

Offit Kurman offers a wide range of legal assistance on other matters such as litigation, employment, and mergers & acquisitions.

Learn more about those services here.

Lessons for lenders from the first cybersecurity enforcement action by NYDFS

Viewpoint: It’s Time to Take Another Look at the SAFE Act

Arbitration Gets Another Boost From Supreme Court

Why Lenders Should Jump at New, Easier Fix for Back Pay Disputes