The practice of antitrust has evolved significantly since its inception in the 19th century. In the 20th century, trusts were the desired corporate structure chosen to organize businesses. The breakup that was ordered in the Standard Oil and American Tobacco cases of 1911 reflected this newly established legislative effort. “Cartels, horizontal mergers of monopolistic proportions and predatory business tactics” were identified as problems to be solved, as the late Robert H. Bork pointed out in The Antitrust Paradox. Trust Busters were words of endearment. In order to break up these trusts, the Sherman Act was enacted in 1890 and the concept of “antitrust” was born. Today, the antitrust laws – while still concerned with consumer welfare – have been widely viewed as the very foundation of our charter of economic rights. As the Sherman Act states, the Act is intended as a “comprehensive charter of economic liberty aimed at preserving free and unfettered competition as the rule of trade.”

Antitrust now informs most every decision of business. Offit Kurman counsels a diversified group of clients – from Fortune 100 companies to start-ups, both domestically and internationally-based. We are active in representing clients from the U.S., Germany, Turkey, Canada, China, Japan, Israel and South Korea. Whether it is an acquisition or merger, a joint venture, a litigation involving a competitor or customer, a class action or government investigations involving price fixing, bid rigging, boycotts, division of customers or territories, fraudulent patents leading to an infringement action, or an unfair or deceptive trade practice, our attorneys are zealous and effective advocates for our clients. It is for this reason that
Offit Kurman works closely with our clients not only as lawyers but also as business advisors in guiding them through the complexities of the antitrust laws. Our goal is to provide the necessary advice and creative solutions for our clients to meet their business goals and objectives, while minimizing the risk of antitrust exposure.
Offit Kurman has assembled a team of antitrust practitioners with experience in both public enforcement and private counseling and litigation. Among our attorneys are former antitrust enforcement officials at both federal and state levels (including the Antitrust Bureau Chief of the New York State Attorney General’s Office) with extensive experience in prosecuting and defending criminal and civil antitrust litigations, in counseling clients, and in representing parties in matters before federal and state antitrust enforcement agencies. Other attorneys have been law professors at law schools in the New York and mid-Atlantic region and have clerked for state and federal court judges.
These attorneys have hands-on experience that encompasses every practice area of antitrust and numerous industries.

Hospital Antitrust Litigation, U.S. District Court for the Northern District of Ohio, Eastern Division (2017 – 2019). Sections 1 and 2 claims under the Sherman Act and Ohio’s State antitrust statute, the Valentine Act, for price fixing and output restrictions in connections with a failed joint venture agreement.
U.S. Olympic Sport Antitrust Representation (2016).Representation of U.S. federation regarding antitrust liability under the Ted Stevens Olympic & Amateur Sports Act of 1978.
Japanese Auto Parts Investigation by the Department of Justice; Antitrust Division (2012-2016). Price fixing and bid rigging criminal antitrust investigation; representing a senior executive employed by a foreign auto parts manufacturer in a federal, criminal antitrust investigation. The investigation involved allegations that the company participated in a conspiracy with competitors to fix prices and rig bids for auto parts sold in the U.S. The Plea Agreement and Judgement are public documents. A carve in status was secured for the client resulting in his non-prosecution and grant of immunity. Twenty-Six Japanese executives have received jail sentences as a result of the Japanese Auto Parts Investigation, the largest investigation in the history of the Department of Justice. Over $2.4 billion in criminal, antitrust fines have been secured against all of the auto parts manufacturers since 2013.
Skin Care Company (2014). Represented Defendant, a major skin care company, in a price fixing claim under California’s antitrust statute, the Cartwright Act. After having secured our first Motion to Dismiss, the Plaintiff was given leave to amend his claim – which he did. The case was then settled for a nominal amount.
Rosenblatt v. St. Vincent’s Hospital, et al. (2012). Represented medical practice group specializing in interventional radiology alleging violations of Sherman Act §§ 1 and 2 in connection with hospital’s agreement in unreasonable restraint of trade with rival practice group seeking to obtain monopoly in radiology in relevant geographic and service markets. Vigorously conducted discovery proceedings led to favorable settlement for plaintiff client.
Executive Search Company (2011-2012). Actions in New York State Supreme Court and U.S. District Court for the South District of New York involving a business dispute between two competitors: claims under the Lanham Act, and in contract and tort. Case was settled in favor of client.
Polyurethane Manufacturer Antitrust Litigation, U.S. District Court for the Northern District of Ohio (2010). Represented Defendant in a price fixing and allocation of customer case: two class actions, involving the direct and indirect plaintiffs, along with the opt out and direct plaintiffs. Ongoing litigation.
Acquisition of a Dialysis Corporation (2010). Represented large dialysis corporation in its $120 million sale. The transaction was approved by the U.S. Federal Trade Commission within 20 days.
LaFaro v. New York Cardiothoracic Group, PLLC (2009).Represented team of cardiothoracic surgeons threatened with expulsion from public hospital based on demands by competing surgeons. United State Court of Appeals for the Second Circuit reinstated antitrust complaint in major reported decision, resulting in favorable settlement.
Australian Investment Bank, U.S. District Court for the Southern District of California (2009). Defended Chairman, CEO and the five most senior officers in a business dispute with a former joint venture partner. Plaintiff’s damage claims were as high as $100 million, but after Defendants’ four counterclaims survived Plaintiff’ Motion to Dismiss, the parties settled the case. This was a significant victory for the client in federal and state civil litigation in California. In order to assert claims against the Plaintiffs, four counterclaims were pleaded, which survived an Iqbal/Twombly Motion to Dismiss. This motion required a heightened pleading standard as set down by the U.S. Supreme Court.
College Football Conference (2009). Presented testimony to the U.S. Senate Judiciary Committee on the antitrust violations of the college football structure, the BCS.
National College Bookseller, West Virginia (2008). Defended booksellers in a price fixing and consumer protection case that resulted in our Motion to Dismiss being granted with prejudice.
Credit Suisse Securities (USA) LLC et al. v. Glen Billing, U.S. Supreme Court (2007). Submitted Amicus Curiae Brief in support of Petitioner for a leading investment bank arguing for antitrust immunity for permissible underwriting conduct.
Ansell, Inc. v. Schmid Lab., 757 F. Supp. 467 (D.N.J.), 941 F.2d 1200 (3rd Cir., 1991). (Latex Industry Antitrust Representation). Advised leading participant in highly concentrated commodities and manufacturing industry for many years in connection with challenges to sales practices and acquisitions of other industry participants, and in defense of Clayton Act § 7 litigation contesting merger with a competitor, resulting in rejection of the adversary’s complaint at both the trial court level and on appeal in the Third Circuit. 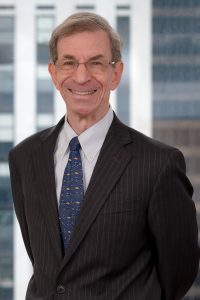 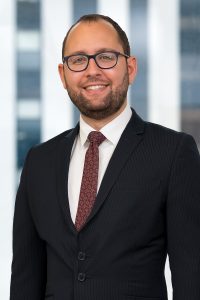 Recent Amendments to the Maryland LLC Act –What Happens After the Last Member Dies?

In Pennsylvania – Is Your Business “Life-Sustaining” or Not?

In Delaware – Is Your Business “Essential” or Not? A Deep Dive With Our Guidance

The Basics of Representation and Warranty Insurance

Setting A Price For A Minority Ownership Interest

Business Valuations Are Not One-Size-Fits-All

DC Ban on Non-Competes: What to Know

Use the ‘Shecession’ as a Springboard