Featured in the Legal Intelligencer: What's Next For Dilworth Paxson?

Additional departures from Dilworth Paxson, combined with recent leadership changes—which saw former CEO Ajay Raju step away from heading the firm to work on other business ventures and take three Dilworth Partners to work with him—raise the question of what comes next for the Philadelphia-based midsize firm.

Dilworth lost two more attorneys this month, including a longtime partner and the last remains of its short-lived intellectual property practice. They are the latest in a series of lawyer exits the firm has seen in recent years.

Corporate and real estate attorney who spent more than 15 years at Dilworth, started at the Plymouth Meeting office of Big Law firm Offit Kurman at the beginning of January as a principal, department chair Josh Quinter said.

“We want lawyers who are growth-minded, and that is definitely Mike,” Quinter said, noting that Offit Kurman is staffed with a nonlawyer management team that allows it to “run like a business” while attorneys focus on their legal practices.

“We have a lot of things like that that make us unique to lawyers who want to make their practices grow and be part of a firm that runs like a business,” he said. Quinter noted that he brought his book of business with him.

Read the full article here on the Legal Intelligencer »» 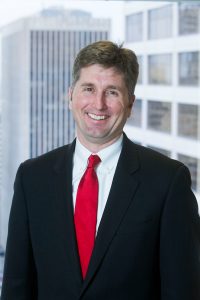