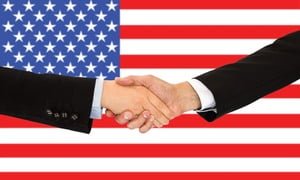 After a sluggish first half, US law firm mergers and acquisitions exploded in the third quarter of 2019 with 38 new combinations being announced, according to Altman Weil MergerLine.

The news was led by a large Midwestern merger which will create a new 600-lawyer law firm and ten cross-border acquisitions by Dentons. “Every corner of the marketplace was on display last quarter,” according to Altman Weil principal and merger advisor Tom Clay. “Big deals, regional plays, AmLaw firms cherry-picking premium boutiques and the meat and potatoes of incremental growth by small firms in local markets.” The largest combination announced in the quarter was the merger of Taft Stettinius, a 474-lawyer Midwestern law firm based in Indianapolis with 135-lawyer Minneapolis firm, Briggs and Morgan. Dentons, the largest law firm in the world, will add about 250 lawyers through ten announced international acquisitions, including five law firms in Africa, three in Latin America and one each in South Korea and New Zealand. Dentons' New Zealand acquisition of 113-lawyer Kensington Swan was the second-largest combination of the quarter.