The Psychology of Divorce and the Pursuit of Happiness 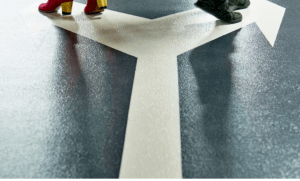 Let’s start with the numbers and get that out of the way. Divorce is common, really common—in fact, according to the CDC, 2.9 out of every 1,000 people get divorced (as of 2017). In case that number seems lower than you thought, here’s some perspective, compare it to 6.9 per 1,000 people who get married.

A little silver lining is that while it’s clear that divorce rates increased from 1990 through 2008, particularly for women over the age of 35; the rate is now declining. In other words, young married couples are more likely to stay married than their Baby Boomer counterparts.

What’s Behind The Divorce Decline?

Dr. Helen Fisher, Ph.D., a biological anthropologist at Rutgers University and author of six books about love and divorce including the renowned Anatomy of Love, has a theory about why.

“We’re marrying much later,” she explains. “Today, the average age for women to get married is 27 (about to be 28), and for men, it’s 29 (about to be 30). And all of my data…indicates that the later you marry, the less likely you are to divorce. I call it ‘slow love,’ because [millennials] have almost 10 years of practicing sex and love before they wed.”

When Do Most Divorces Happen?

But for those who do wind up divorced, there seems to be a magic number for when. According to Dr. Fisher, no matter where in the world you’re from or in what culture you’ve been raised, you’re most likely to get a divorce…drum roll…four years into your marriage.

Even more fascinating, she continues, is why. Our human brains have evolved to hone a drive for love and partnership that lasts just long enough to raise a single child through infancy.

Partnering allowed women to raise children and their male partners to provide for and protect them while the children were young.

After that? We are, as mammals, driven to procreate with more than one partner in order to have the strongest genetic legacy.

If you have any questions about matrimony and divorce, reach out to Bettina Hindin here.