As Published on Forbes.com 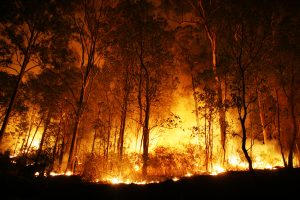 If you’re running a company, you’re about to discover new costs. Around the country, fires and floods are shutting down businesses and raising their expenses. You need to figure out how to pay these new hidden “taxes."

If you’re running a company, you’re about to discover new costs that weren’t on your Twitter feed five minutes ago. British Airways was just fined about $228 million for data privacy violations. California has disrupted the Gig Economy with a new employment law requiring Uber and others to pay higher wages and provide costly benefits. Around the country, fires and floods are shutting down businesses and raising their costs when they’re open. Now you need to figure out how to pay these hidden “taxes” on staying in business.

Your computer system is not just an asset. It’s a liability. Companies large and small are getting sued for not keeping tight wraps on their data.

New laws are being adopted that require protection and limit the use of data collected via the internet and stored by businesses. The European Union (EU) enacted the General Data Protection Regulation (GDPR), which regulates data protection and governs U.S. companies doing business through the internet with European customers. In July, the European Union (EU) hit Marriott with $123 million in penalties for its failure to protect guests’ data. On January 1, 2020, The California Consumer Privacy Act of 2018 (CCPA) goes into effect. The CCPA prohibits certain uses of customer data, and some fear it is even more burdensome than the GDPR and a trendsetter for similar regulation by other states. This summer, the Federal Trade Commission fined Facebook five billion dollars for privacy violations.

Like zombie viruses, this legal fever is growing. Oregon and—shocker—California just passed laws that require manufacturers to put security devices on refrigerators and other consumer gadgets connected to the internet. The intent here is to protect consumer data. So, hackers will have to try even harder to figure out you eat Pop-Tarts for breakfast. Still, most of these are well-intended laws—or at least they contain shreds of good intentions. Without question, though, these requirements increase the cost of doing business. The internet of things is becoming the internet of really expensive things.

Now, companies need to hunker down with the experts and redesign their businesses for compliance and risk mitigation. These new edicts require everything from expensive advice on new legal requirements, to the cost of redesigning computer systems, to the downtime and expense of employee training. And then add the premiums for insurance—’cause you’re not always going to get it right.

Most companies have the cyber. The defense, not so much. That’s going to cost. 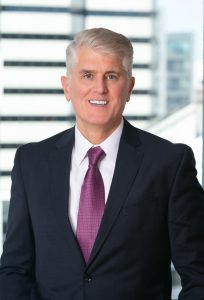 Jack Garson’s practice focuses on Real Estate, Construction, and Business law. He serves as a legal advisor for numerous local, regional and national companies, focusing on business, commercial real estate and construction law. In addition to providing legal counsel, Jack serves as a strategic advisor and negotiator for many clients, providing guidance on issues such as the growth and sale of businesses, liability and risk reduction, hiring and retention of key personnel, protecting and enhancing profitability, and negotiating the resolution of complex commercial disputes.

Jack has successfully negotiated commercial transactions, ranging from the purchase and sale of multi-million-dollar businesses to the structuring of nine-figure construction contracts, and the sale and leasing of commercial properties throughout the United States.