Surge in Outside Workplace Investigations in #MeToo Milieu

Workplace investigators are staying busy in the #MeToo era as companies increasingly look to third-party investigators to handle claims of harassment.

“Everyone I know in this field is busy,” Keith Rohman, president of the Association of Workplace Investigators said.

Rohman, who has investigated many high-profile cases, said he’s tried not to turn down work in his 30 years on the job. But in the wake of #MeToo, he’s had to, he said.

People who may not have complained in the past are feeling empowered to come forward now, he said. But others may not have a legitimate complaint and are filing cases for the wrong purposes, he said.

Companies too are dealing with how to maintain the perception that they are both neutral in their investigations and taking effective action.

“If you are investigating a claim against the CFO or the CEO of a company, it is hard to find somebody within the organization who has sufficient independence from that person to be able to do a neutral investigation,” Rohman told Bloomberg Law. “And even if they can do an investigation, will the investigation be perceived as neutral?”

As a result, companies often may outsource to third-party investigators to increase credibility.

People have been more inclined to bring somebody in from the outside to do an investigation, Oppenheimer told Bloomberg law. Cases that might not have been seen as serious before might now be perceived as significant, Oppenheimer said. Many employers increasingly want an outside set of eyes, she said.

Large companies aren’t the only ones hiring third-party investigators, Kurman said, noting that he has represented employers with as few as 20 workers. Employers decide whether to bring someone in based on the facts and circumstances of a particular case as well as the skills and expertise of the internal staff that may conduct the investigation, he said.

“Some companies may be too small to have a sophisticated HR component or in-house capability to conduct an investigation,” said Kurman. In that case, they would need to hire an outside investigator, he said. 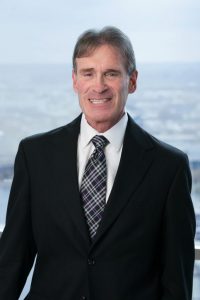 Offit Kurman is one of the fastest-growing, full-service law firms in the Mid-Atlantic region. With over 170 attorneys offering a comprehensive range of services in virtually every legal category, the firm is well positioned to meet the needs of dynamic businesses and the people who own and operate them. Our ten offices serve individual and corporate clients in the Maryland, Delaware, New Jersey, and Northern Virginia markets, as well as the Washington DC, Baltimore, Philadelphia, and New York City metropolitan areas. At Offit Kurman, we are our clients’ most trusted legal advisors, professionals who help maximize and protect business value and personal wealth. In every interaction, we consistently maintain our clients’ confidence by remaining focused on furthering their objectives and achieving their goals in an efficient manner. Trust, knowledge, confidence—in a partner, that’s perfect.