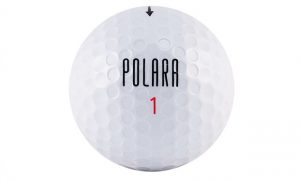 December is proving to be a busy month for Big Law creditors.

Seven bankruptcies have left eight Am Law 200 firms awaiting payment on nearly $1.14 million in legal fees, only a few days after a Chapter 11 filing by Houston-based Cobalt International Energy Inc. created a half-dozen law firm creditors, the latter the latest energy company to go bust and leave Big Law in the lurch.

Aero-X Golf Inc., a controversial golf ball company better known as Polara Golf, filed for bankruptcy protection in Dec. 15 in Alexandria, Virginia. The debtor, based in nearby Merrifield, listed less than $1 million in assets against more than $3 million in liabilities in its Chapter 11 petition, which notes that Polara owes $400,000 to San Diego-based Am Law 200 firm Procopio; $21,061.62 to Newport Beach, California-based MLG Automotive Law; and $18,279.66 to San Diego’s Bellatrix.

Polara made its debut in the 1970s, creating dimpled golf balls that the company claimed would correct the slice on a golfer’s drive by 50 percent. But the U.S. Golf Association refused to approve the use of the product in tournaments, prompting the company to sue the body. The USGA agreed to a settlement in 1985 that removed the golf ball from the market.

But in 2009, Aero-X acquired the rights to the Polara design and reintroduced the newly reengineered golf ball to the market a year later. The company’s current bankruptcy filing stems from a dispute with its former CEO, David Felker, who is owed nearly $1.3 million, according to its Chapter 11 petition by Aero-X.

Court records show that Offit Kurman has received a $30,000 retainer from Aero-X to represent it in bankruptcy court. Lawyers from the firm are billing the debtor between $250 and $525 an hour for their services, with lead partner Stephen Metz in Bethesda, Maryland, billing $440 per hour for his work. Trademark records show that Procopio, one of Aero-X’s largest unsecured creditors, has handled intellectual property work for the company. 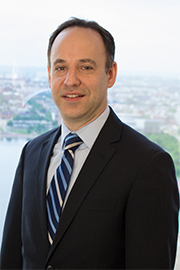 In 20 years of practicing law, Stephen Metz has garnered a reputation for being a tremendous advocate for his clients. While typically meeting clients and opposing counsel under less-than-favorable conditions, Steve applies his signature techniques to each situation: he is fair-minded, a good listener and a straight shooter, providing his best advice and legal tactics in a calm but decisive manner. In addition to earning the respect and appreciation of those he represents, Steve has been referred to by his legal colleagues as one of the best bankruptcy attorneys in Maryland.