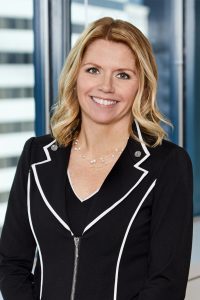 Sandra Brooks, Offit Kurman principal attorney, has been accepted into the International Academy of Family Lawyers (IAFL), a prestigious and invitation-only fellowship. The criteria to become a fellow of the IAFL is rigorous; it is a worldwide association of practicing lawyers who are recognized by their peers as the most experienced and skilled family law specialists in their respective countries.

Ms. Brooks is a member of the American Academy of Matrimonial Lawyers which places her in the top 5% of family law attorneys in the country. She holds many awards and accolades; to name just a few, she was listed as a Top 40 Under 40 by National Trial Lawyers in 2014, named a Leading woman by the Daily Record in 2014, named in Maryland Super Lawyers Rising Stars in 2012-2013 (Family Law) and Maryland Super Lawyers in 2021 (Family Law), and was also named to the "Best Lawyers in America" listing in the Family Law category 2015 and 2018-2021.