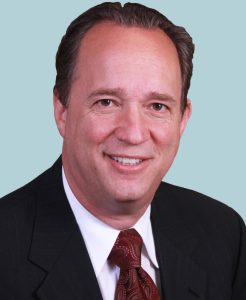 The Chapter 7 filing, which was made Thursday in U.S. Bankruptcy Court for the Eastern District of Virginia, lists liabilities of between $1 million and $10 million.

The filing lists 17 creditors, among them professional services providers such as Ernst & Young and Morrison & Foerster LLP as well as the IRS. Creditors also include Global Defense and National Security Holdings LLC, the special purpose acquisition company that merged with STG Group in November 2015 to take the company public.

A creditors meeting is scheduled for May 24, according to the bankruptcy filing. Steven Ramsdell, the Alexandria attorney representing STG, declined to comment until the company finishes filing its bankruptcy schedules. STG Chairman Simon Lee did not return a request for comment.

Reston-based SOSi acquired STG Group Holdings Inc. for approximately $83 million pursuant to a foreclosure sale, according to an April 13 SEC filing. In that filing, STG revealed that the proceeds of the transaction were used to pay transaction expenses and to repay “substantially all” of the $80.1 million of outstanding principal, interest and fees owed to its lenders.

STG Group Inc. and STG Group Holdings are legally separate entities, so the former's filing should not impact the latter and its sale to SOSi, said James Hoffman, a bankruptcy attorney with Bethesda-based Offit Kurman who’s not involved in this case but reviewed the filing to examine the corporate structure in light of the recent acquisition. The concept of maintaining corporate barriers between a parent corporation and its subsidiary is typical to insulate the parent corporation from the liabilities of the subsidiary, he added.

SOSi CEO Julian Setian said in an email he was uncertain why the STG Group Inc. board filed Chapter 7 but guessed it's a move to formally liquidate the public entity.