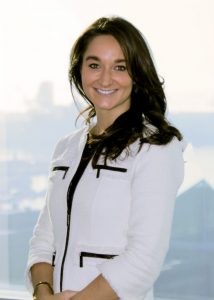 Baltimore, MD | December 1, 2018, Offit Kurman is pleased to announce that Rachel Mech has joined the firm’s offices in Baltimore. Ms. Mech will serve as an attorney with the firm’s Family Law Practice Group.

Prior to starting her legal career, Ms. Mech was a Division I Scholar-Athlete at Georgetown University, where she served as Captain of the Women’s Lacrosse Team and received the William J. Curtin Award for Academic Excellence from the McDonough School of Business. She also earned her Master of Professional Studies degree in Corporate Communications and Public Relations from Georgetown and, for many years, was an adjunct professor in Georgetown’s School of Continuing Studies. She studied law at King’s College in London, England, while working for the Terralex law firm, Reynolds Porter & Chamberlain, and later earned her Juris Doctorate from Boston College Law School.

Before joining Offit Kurman, Ms. Mech was a summer associate at Miles & Stockbridge in 2013 and 2014 and practiced for three years as an attorney in the firm’s Baltimore and Washington, D.C. offices. Before attending law school, she co-founded ProVentures, a Washington, D.C.-based sports and entertainment agency which developed marketing and management strategies for Fortune 500 brands.

To learn more about Rachel Mech and to get in touch with her, please visit her attorney page. More information about Offit Kurman’s comprehensive legal services can be found here. For details and directions to Offit Kurman’s office in Baltimore, click here.