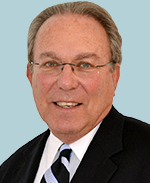 by: Ronald L. Ogens, Principal and Practice Group Leader In Heit v. Stansbury, No. 2494, September Term, 2012, Page 18,  issued December 2013 (Reported), the Court of Special Appeals held: We hold that when a party has paid monies to another person pursuant to a judgment that is [on appeal] later reversed and remanded for further proceedings, any request to recoup the money already paid must be made at the remand proceeding.  If a party does not do so, a subsequent claim for restitution is barred by principles of res judicata.  Accordingly, the circuit court here properly dismissed Mr. Heit’s [subsequent] claim for restitution. In this case, Mr. Heit filed a post-Judgment Motion for Restitution, subsequent to the remand hearing at which he did not directly seek restitution of monies paid on judgments that were later vacated and remanded.  In denying the former wife any marital award on the remand, the remand judge gave as one of his reasons for such denial, that it would be inequitable to give her a monetary award when she had already received monies on execution on the judgments that were later reversed.  Note:  Mr. Heit did not place an appeal bond when he successfully appealed the original monetary award and other judgments.  Had he done so, it is likely that there would have been no monies paid to the former wife or any QDRO transfer of portions of his 401(k) to her, as to which he later sought restitution. Ronald L. Ogens is a Principal attorney in Offit Kurman’s Washington office and Chairman of the Family Law Practice Group. Mr. Ogens’ practice as family law attorney and divorce lawyer is focused on the negotiation, settlement, and litigation of family law matters in Maryland and the District of Columbia. He can be reached at 240.507.1701 or rogens@offitkurman.com.