By Lizzy McLellan, The Legal Intelligencer 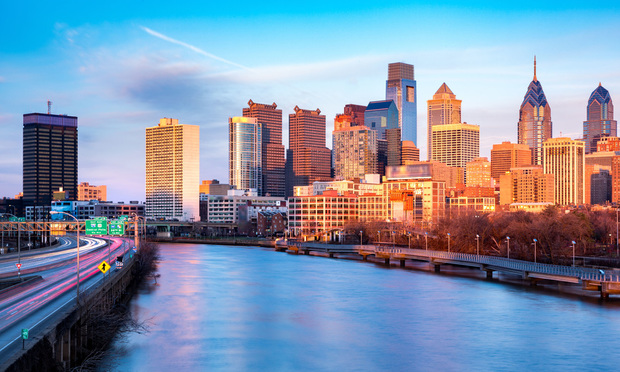 Law firms with their largest office in Pennsylvania saw their firmwide head counts remain relatively steady this year, according to The National Law Journal’s NLJ 500. But a closer look offers a more complicated story about the Pennsylvania legal market.

Among the 500 largest law firms in the United States, 34 have their biggest office in Pennsylvania. That’s not including several firms that were founded in the Keystone State but have grown larger in other locations. At the 34 Pennsylvania-centered firms, total firmwide head count barely changed, decreasing by 0.3 percent to 10,010.

On an individual basis, these firms showed more change—led by regional firm Dilworth Paxson, which increased head count by nearly 20 percent. The Philadelphia-based firm went from 91 lawyers in 2016 to 109 in 2017.

Firm CEO Ajay Raju said the head count growth was the result of additions in the Princeton, New Jersey, region and South Jersey, in reaction to client need in the pharma and biotech sectors, as well as environmental and real estate. He emphasized, however, “we don’t just add lawyers for the sake of adding lawyers.”

One Philadelphia-headquartered firm, Saul Ewing Arnstein & Lehr, saw even greater growth thanks to an out-of-state merger, but now has its largest office in Chicago.

Here are four other takeaways about the Pennsylvania legal market from this year’s NLJ 500:

Phila. Is Hot for This Baltimore-Born Firm

The list of firms with their largest office in Pennsylvania had a new entrant this year: Offit Kurman. The midsize firm of 144 lawyers was founded in Baltimore but now has 33 lawyers in Philadelphia, while its next largest office, in Bethesda, Maryland, has 29.

Firm chairman Ted Offit previewed the shift two years ago, telling The Legal Intelligencer in 2016 that when the firm set out on a regional expansion plan, “there was no reason Philadelphia could not be our largest market.”

We have worked very hard on our regional expansion plan in each of our markets from New York to Virginia,” Bryan Lawson, Director of Marketing said. “The Philadelphia market has been especially active, where the Philly region has become our largest.”

The firm has a total of 35 lawyers in Pennsylvania, thanks to a small presence in Harrisburg and Allentown as well. But on a statewide basis, it still has the greatest representation in Maryland, where 77 lawyers are based.

Lawson said Offit Kurman will continue to grow through attorney hires and law firm affiliations. So far this year, it has focused its bigger moves on New York, where it affiliated with one firm, and has brought on several lawyers from another closing firm.