Big win for both policyholders and tort claimants in Pennsylvania this week! 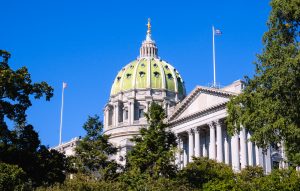 On April 22, 2020, the Pennsylvania Supreme Court issued a 4-3 decision in Erie Ins. v. Tracey Moore, No. 20 WAP 2018. Offit Kurman principal, Meghan Finnerty, represented Richard Carly, who was shot in the face when a gun discharged during the course of attempting to disarm an insured in the midst of an apparent murder-suicide attempt.  The question before the Court was whether Erie Insurance had an obligation to defend the estate of the gunman under homeowners and umbrella policies.

The Court rejected Erie’s attempt to utilize the Policy’s "occurrence" requirement and "intentional acts" exclusion to deny coverage for negligent acts on the basis of innuendo and improper inferences and reaffirmed that insurers must accept the facts as alleged in the complaint as true and interpret those facts in favor of coverage.

This is an important win that assures that tort claimants and policyholders alike will have access to critical insurance coverage. Although the fact scenario may sound unique, the basic rules of insurance construction, including the Court's interpretation of "occurrence," the intentional acts exclusion, and how insurers are to analyze complaints that contain mixed allegations of both accidental and intentional (even criminal) conduct, apply to both individual and commercial policyholders across Pennsylvania in a wide variety of settings.

Together with Meghan’s victory before the Superior Court last July in Pa. Manufacturers Indemnity Co. v. Pottstown Industrial Complex, where the Superior Court ruled that a policyholder can secure defense coverage for claims arising from its alleged faulty workmanship so long as that work damaged a third party's property, you might say that policyholders in Pennsylvania are experiencing a bit of a resurgence on issues like the interpretation of "occurrence" and the "duty to defend". 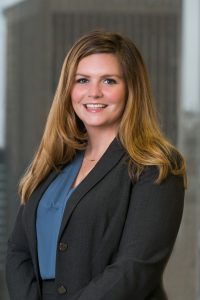 At Offit Kurman, Ms. Finnerty is a principal commercial litigator with an emphasis on insurance coverage and appellate litigation. She has represented companies in fields such as energy, finance, construction, manufacturing and retail in commercial litigation disputes, and regularly serves as a sounding board for manufacturing clients on a wide variety of legal issues including insurance losses, risk management, contractual indemnity, employee theft, and collection issues. Additionally, Ms. Finnerty analyzes available insurance coverage for her clients under environmental, boiler and machinery, professional, D&O, EPLI, and commercial general liability policies when a company suffers a loss or is named as a defendant in litigation.

In addition to her trial work, Ms. Finnerty is well-versed in appellate practice, and has argued zoning and insurance coverage cases before all of Pennsylvania’s appellate courts. Outside of her practice at Offit Kurman, Ms. Finnerty frequently appears at legal and insurance industry events to present and lecture on topics in her field.

To get in touch with Meghan Finnerty if you need representation or legal counsel in any area please send her an email at mfinnerty@offitkurman.com.  In addition to any legal advice she can offer, she is always happy to make a connection for you.