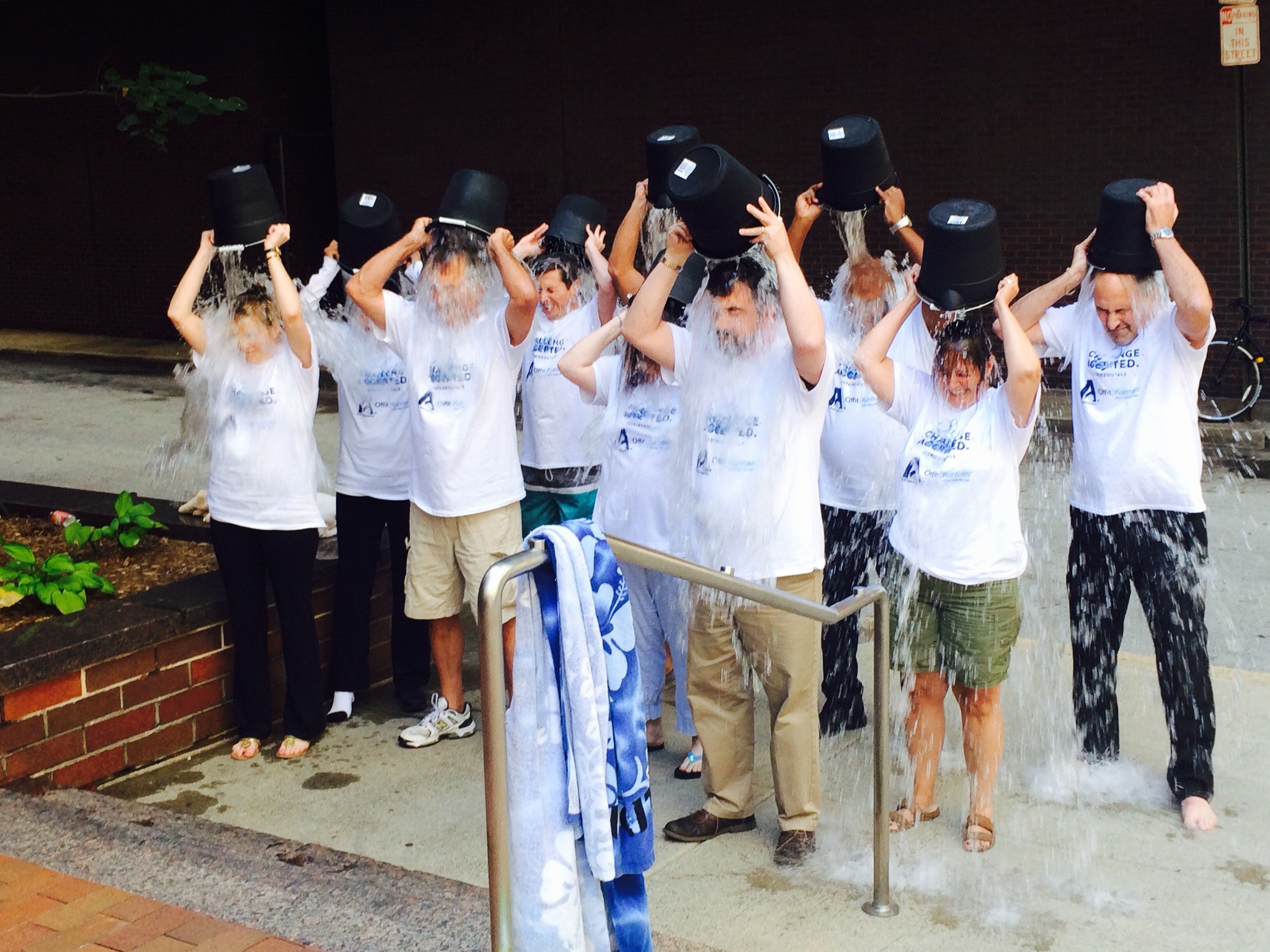 On August 20, Offit Kurman, P.A. supported client, ALS Hope Foundation, by taking part in the ALS Ice Bucket Challenge. Multiple Offit Kurman offices across the mid-Atlantic region participated in the social media campaign to raise funds and awareness by dousing themselves with ice water. Aside from the Offit Kurman staff that showed their support by pouring ice water over their heads, many individuals from the firm, alongside the Offit Kurman firm as a whole, supported the foundation and the cause by donating to help further research as well as the other great work the ALS Hope Foundation strives towards. “We are deeply appreciative because we have had donations and calls coming in from all over the world. With that support, we have made connections with families who have shared their voice. Now we hear those stories, we know those stories and because of support from firms like Offit Kurman, the impact has been profound,” said Executive Director of Development at the ALS Hope Foundation, Jacquellyne Hengst. Taking part in the challenge and sharing the experience on social media helps to reach a greater audience and bring this issue to the forefront while donating monetarily gives the foundation more financial opportunity to make an impact. Hengst continues, “We want to thank Offit Kurman for going above and beyond supporting us and being committed to that extended outreach.” The ALS Hope Foundation of Philadelphia has raised tens of thousands in donations and support from all over the world during the Ice Bucket Challenge. For further ways to help and to learn more about what can be done after the Ice Bucket Challenge successes, please go to, “Ice Bucket Challenge: Where do we go next?”

As one of the fastest-growing, full-service law firms in the mid-Atlantic region, Offit Kurman is well positioned to meet the legal needs of dynamic businesses and the people who own and operate them. At Offit Kurman, we are our clients’ most trusted legal advisors, the professionals who help them to maximize and protect their business value and individual wealth. In every interaction, we consistently strive to maintain our clients’ trust, further their objectives and help them achieve their goals. Trust. Knowledge. Confidence. In a partner, that’s perfect.  Please contact us for more information on Offit Kurman’s comprehensive Legal services. WASHINGTON | BALTIMORE | FREDERICK | PHILADELPHIA | WILMINGTON | VIRGINIA You can also connect with Offit Kurman via Facebook, Twitter, Google+, YouTube, and LinkedIn.