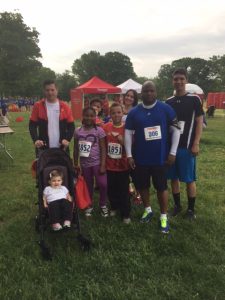 On May 17, the 36th annual Philadelphia Bar Association 5K Run/Walk benefiting the Support Center for Child Advocates was held at Memorial Hall in Fairmount Park in Philadelphia. Approximately 1,200 people participated in the 5K Run/Walk, the 1 Mile Dash, the Buchanan Ingersoll & Rooney Kids’ Dash and the Caesar Rivise Team Competition. Once again, the featured 5K race was an exciting one. In the open competition, Frank Shorter, 29, finished first among males and attorney Faye Hellman of Fowler Hirtzel McNulty & Spaulding finished first among females. In the bar competition, Will McEnroe finished first and Hellman also won the bar competition for women. At the start of the race, William Egan, 16, wearing a Flaster Greenberg T-shirt, went to the front of the pack. He was followed by a group of runners including 19-year-old twins, Aron and Mussie Tesfay, 16-year-old Taj Bland running with the Students Run Philly Style group, McEnroe of the Dechert firm and Shorter. 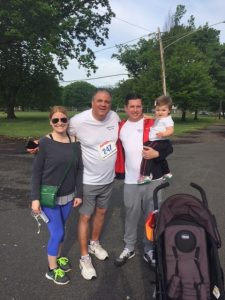 By the time the runners reached the one-mile point, Aron Tesfay had taken the lead. He was followed by Egan, McEnroe, 17-year-old Frankie Bell of West Catholic High School and Mussie Tesfay. Shorter was in seventh place at that time. As the runners approached the halfway point, Shorter ran to the front of the pack followed by Aron Tesfay. Shorter then pulled away from Tesfay and Tesfay in turn pulled away from the remainder of the lead pack. Shorter finished first among males in the open competition in a time of 18:04. The running times were increased by an inadvertent lengthening of the course by approximately 180 yards. Click here to read more.