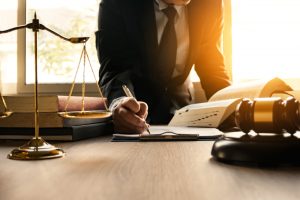 Offit Kurman is the 55th largest law firm in Virginia, according to Virginia Lawyers Weekly.

Published annually, “Virginia’s Largest Law Firms” ranks firms by the number of Virginia-licensed attorneys practicing from offices located within the commonwealth. Offit Kurman stands out in the 2018 survey for the firm’s recent pattern of growth, as well as its diversity initiatives, community involvement, and lifestyle benefits for attorneys.

Last year, Offit Kurman grew its presence in Virginia by approximately 30%, and the firm continues to expand in the region. Offit Kurman’s offices in Tysons Corner and Richmond, VA, currently comprise 24 lawyers—two more than when Virginia Lawyers Weekly conducted its survey.

As one of the largest overall law firms in the U.S., Offit Kurman has experienced year-after-year growth with 50% growth coming in the past 24 months. In addition to developments in Virginia, the firm has recently undergone significant expansions in regions including Maryland, New York, Pennsylvania, and North Carolina. Last month, the firm announced its affiliation with the lawyers of Horack Talley, one of the oldest and most respected legal providers in Charlotte, NC. That affiliation, together with simultaneous and ongoing recruitments in surrounding areas, has increased Offit Kurman’s total roster to more than 225 attorneys.

“Offit Kurman provides attorneys with what many firms cannot—namely, the opportunity to develop their practices in a sustainable and unrestricted manner,” said Thomas Repczynski, an Offit Kurman Principal and Shareholder with the firm’s Commercial Litigation (South) Practice Group in Tysons Corner. “The sustained growth of our offices is the direct result of our unique, value-added platform for attorneys. It is gratifying to see Offit Kurman rapidly ascend this list, and I fully expect the trend to continue from here.”

Subscribers to Virginia Lawyers Weekly can find the full survey in the April 22 edition of the magazine, or by clicking here.

For more news of Offit Kurman’s recent growth, as well as information about the firm’s comprehensive legal services and opportunities for attorneys, visit offitkurman.com