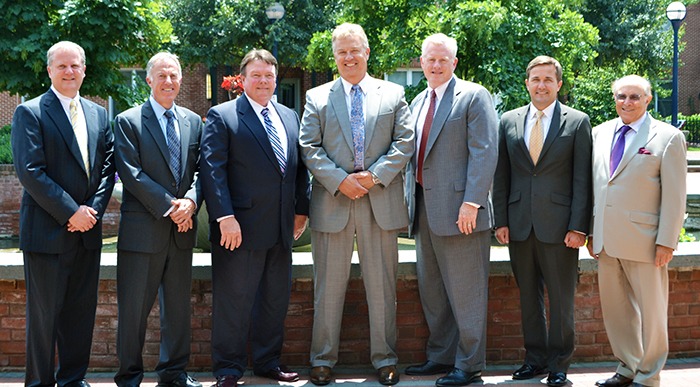 Frederick, MD — The members of the law firm of Severn & Kresslein. P.A., have joined the fast-growing law firm of Offit Kurman, which had affiliated last year with another Frederick law firm, Seymour B. Stern & Associates. The new affiliation will be effective August 1, 2014 and continue to occupy its present offices at 50 Carroll Creek Way, Suite 340, in Frederick. The announcement was made by Ted Offit, the co-founder and managing principal of Offit Kurman, who stated: “We are delighted to have Dave Severn, Bob Kresslein and Ian Bartman join Offit Kurman. Dave, Bob and Ian are outstanding lawyers and more importantly, true leaders in the Frederick community. In addition, we are pleased with our rapid growth in our Frederick office. Offit Kurman entered the Frederick market in 2013 through affiliation with Seymour Stern. With the addition of the Severn Kresslein team, Offit Kurman will have eight lawyers in Frederick making Offit Kurman one of Frederick’s largest law firms.” David Severn added: “After a long search for a dynamic and compatible legal partner to continue the growth of our firm and strengthen its services to our clients, we are very pleased to join Offit Kurman, an outstanding organization that has already established a strong presence in Frederick County. Offit Kurman has a deep and diverse group of excellent attorneys throughout the region that can and will provide additional, in-depth expertise for our clients and support to our practices in land use, real estate, business, banking, commercial litigation and estate planning as well as areas of law that we do not currently offer, such as securities, intellectual property, government contracting, income taxation, and domestic. The attorneys at Offit Kurman are a great fit for us and for Frederick.” 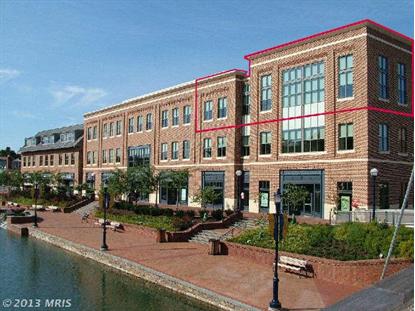 As Offit Kurman has offices in eight cities in four states with more than 100 attorneys, the attorneys of Severn & Kresslein will have a widely expanded sphere of influence, a view confirmed by Robert Kresslein who stated: “Offit Kurman offers us a network of attorneys in four states in areas of concentration important to our business clients and their families” In addition to its full range of legal services, Offit Kurman has a well-deserved reputation for its strong, dedicated, and effective advocacy on behalf of clients. Ian Bartman, who is highly regarded as a creative and winning litigator, noted: “I am very excited about the expansion and depth of legal services that we will be able to provide our clients through our affiliation with Offit Kurman. I am particularly pleased to join their outstanding litigation team and collaborating with them to advocate for the clients of the firm.” David A. Severn has been a member of the Maryland Bar practicing law in Frederick since 1980. David is an A-V rated attorney concentrating his practice in land use, development and real estate. He represents clients in all aspects of the zoning and land use process appearing regularly before planning commissions, boards of appeal and legislative bodies. He has served as lead counsel in numerous large and complex development projects including “Carroll Creek Linear Park” a mixed use, public-private partnership re-development project in historic downtown Frederick modeled on River Walk. Dave is a Fellow of the Maryland Bar Foundation and has also been a vital member of the Frederick community, serving as Director of the Golden Mile Alliance, Inc., and as a former member of the Board of Trustees of the Maryland School for the Deaf and former President of the Mental Health Management Agency of Frederick. Dave was appointed to the Maryland Economic Development Commission by Governor O’Malley in 2011. 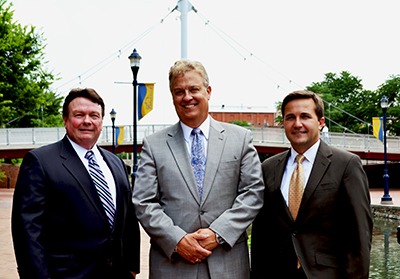 Robert J. Kresslein’s practice includes estate and business planning and commercial real estate transactions. He is currently President of the Maryland Bar Foundation, and Trustee of Sheppard & Pratt Health Systems, Inc. Bob also serves as Treasurer of the Maryland Democratic Party is former Chair of the Frederick County Democratic State Central Committee and served on various national, state and local campaign committees. In addition, he is a former president of the Frederick County Estate Planning Council, and was appointed in 1995 by Governor Parris N. Glendening to the Maryland Aviation Commission, responsible for capital and policy matters at BWI Airport and the promotion of regional aviation activity. He served on the commission until 2006. Bob also served as Vice Chair of the Frederick County Charter Writing Board. His community activities not only include Membership on the Board of Trustees of the Sheppard Pratt Health Systems Inc., but he also served as the Chairman of the Board of Way Station, Inc., where he continues to serve as a Director. Ian P. Bartman’s practice involves commercial litigation including construction, real estate, land use, zoning, and commercial landlord-tenant matters. In addition, he is president of the Frederick County Bar Association, president of the Board of Directors of the Mental Health Association of Frederick County, a member of the Rotary Club of Frederick, a Fellow of the Maryland BarFoundation , and has been selected as a Maryland Super Lawyer. For further information, please visit www.offitkurman.com