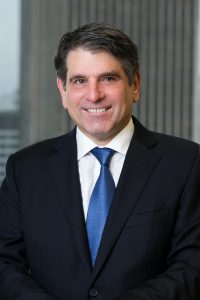 Maple Lawn, MD | December 6, 2017 Offit Kurman, a leading law firm in the Mid-Atlantic, has named Matthew D'Annunzio as one of its newest shareholders.

As a shareholder with the firm, Mr. D'Annunzio joins a leadership team that includes the firm’s founders, board members, and managing principals, as well as attorneys Edward A. Bloom, David N. Goldberg, Douglas R. Kay, and Jonathan R. Wachs.

Offit Kurman chooses shareholders based on objective performance criteria, as well as an evaluation of each individual’s unique contributions to the firm, dedication to the firm’s values, and abilities as an attorney and leader.

“We take pride in admission of new shareholders to the firm,” said Theodore (Ted) Offit, CEO of Offit Kurman. “The shareholders of the firm provide the leadership needed for our organization to achieve its goals and objectives. With the admission of Matt as shareholder, Offit Kurman will be an even better firm. This is a good day for Offit Kurman. Please join me in congratulating Matt on this achievement.”

Matthew D’Annunzio represents business entities in complex commercial litigation matters and advises them as general counsel in all aspects of their operations. He also serves as national coordinating counsel with respect to tort, indemnification and insurance issues. He has extensive experience advising clients and litigating disputes with regard to business fraud, unfair competition, indemnification and insurance, employment, trade secrets and contract issues for clients in various industries, including bioenergy, real estate, information technology, insurance, banking, chemical, healthcare, and manufacturing. Mr. D’Annunzio also represents plaintiffs in matters involving catastrophic injury and loss of life including product liability and medical malpractice cases.

In addition to his legal work, Mr. D'Annunzio recently served as Co-Chair for Friends Select School Capital Campaign. In 2008, Mr. D'Annunzio was selected to serve on the National Credentials Committee as part of the Pennsylvania Delegation to the Democratic National Convention. He was a member of the Mid-Atlantic Finance Committee during the presidential campaign of President Barack Obama. He serves on the Yale Alumni Schools Committee interviewing candidates for Yale.

Mr. D'Annunzio has been recognized by SmartCEO Magazine's Legal Elite as a top 100 go to attorney in the Philadelphia area who "exemplifies best practices and outstanding legal advice" as chosen by a survey of 15,000 CEOs. Upon joining Offit Kurman, he was recognized by The Legal Intelligencer as one of the top legal lateral hires in Philadelphia in 2016. Additionally, he was named to the Pennsylvania Super Lawyers® list in 2015, 2016, and 2017 by a vote of his peers.