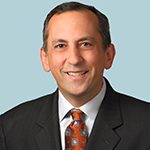 Maple Lawn, MD | April 25, 2016 As Maryland prepares to welcome its first crop of medical marijuana businesses, Offit Kurman has launched a new service offering for members of this emergent industry. Offit Kurman’s legal resources offered under the medical cannabis umbrella blend a comprehensive suite of services, including business plan development, regulatory, financing, and banking issues, land use, labor and employment compliance, and more. As of April 20, 2016, 24 U.S. states (along with the District of Columbia) have passed legislation allowing the consumption of marijuana for medical purposes, and four have legalized the substance for recreational use. While public attitudes toward marijuana shift, enterprising entrepreneurs are considering business options in the burgeoning market.Maryland received nearly 900 applications for licenses to grow and sell marijuana after Governor Martin O’Malley signed medical marijuana into law. Pennsylvania, in turn, is still in the early stages of putting together its regulatory regime. Nonetheless, the substance remains prohibited as a Schedule I drug under federal law 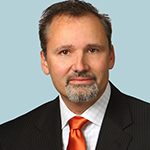 As a result, the medical marijuana industry occupies an unprecedented space littered with opportunities, uncertainties, and challenges that implicate a wide array of legal subject matters. The individuals and organizations driving this new trade—be they growers, processors, or dispensers—need a uniquely accomplished legal partner, as do those adjacent to or tangentially involved in the industry: landlords, security professionals, transportation company owners, insurance brokers, and bankers. Founded by Jonathan R. Wachs, chair of the firm’s Intellectual Property Group and manager of New Paradigm Counsel®, the medical marijuana practice calls on the Offit Kurman’s diversely skilled attorneys, each of whom possesses a well-established record of advocacy on behalf of the business community. Michael N. Mercurio joins Mr. Wachs as attorneys representing medical marijuana industry clients.

“Starting a medical marijuana venture differs from the process of starting any other business,” said Mr. Wachs. “If you intend to run a farm or dispensary, or even if you own a transportation company or sell insurance to marijuana growers, you have to contend with a long list of regulations and operational risks. We are stepping in as advisors and representatives for the first generation of medical marijuana entrepreneurs. We intend to leverage Offit Kurman’s reputation as a trusted partner for all kinds of businesses and become a go-to firm for this pioneering industry.” To learn more about Offit Kurman’s medical marijuana services, click here.

Offit Kurman is one of the fastest-growing, full-service law firms in the Mid-Atlantic region. With over 120 attorneys offering a comprehensive range of services in virtually every legal category, the firm is well positioned to meet the needs of dynamic businesses and the people who own and operate them. Our ten offices in the Mid-Atlantic region serve clients in the entire state of Maryland, the Washington DC metropolitan area, Northern Virginia, Philadelphia, Harrisburg, Delaware, New Jersey, and New York City.  At Offit Kurman, we are our clients’ most trusted legal advisors, professionals who help maximize and protect business value and personal wealth. In every interaction, we consistently maintain our client’s confidence by remaining focused on furthering their objectives and achieving their goals in an efficient manner. Trust, knowledge, confidence—in a partner, that’s perfect. You can connect with Offit Kurman via our Blog, Facebook, Twitter, Google+, YouTube, and LinkedIn pages.  You can also sign up to receive Law Matters, Offit Kurman’s monthly newsletter covering a diverse selection of legal and corporate thought leadership content.