Originally Published in the Legal Intelligencer by Patrick Smith 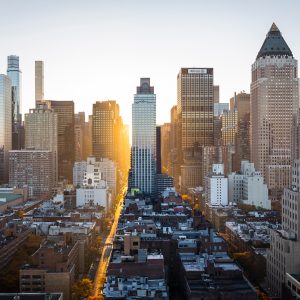 “I expect continued growth and frankly what we have found is that opportunities that are presenting themselves to us are growing by the year, if not the month,” Offit Kurman managing principal Timothy Lynch said.

The latest group addition, led by Lynn Terrebonne, also includes IP attorneys Michael Hogan, Pei-Ru Wey and Touhey Myer. All but Myer will practice out of the firm’s Philadelphia office, with Myer based in Delaware. They all joined Offit Kurman as principals.

Gregory Grissett, who joined Offit Kurman in 2018 and now serves as chairman of its intellectual property practice group, said the new additions to his team complement its already established capabilities.

“Together with the existing group, the new attorneys position Offit Kurman as a formidable force for IP legal matters from trademark counseling and prosecution to patent drafting,” Grissett said in a statement.

Terrebonne, who had been at Caesar Rivise for more than three years, said her group was looking for a larger platform.“What we were seeing from our clients was a desire to consolidate their legal work,” she said. “Being at a small IP boutique put us at a disadvantage.”

She said once discussions started with Offit Kurman, there really wasn’t any need to look further. “I didn’t really need to convince the team of anything,” she said. “There was an across-the-board realization that we could grow our practice while continuing to service our existing clients.”

Lynch said Offit Kurman had been looking for a practice group similar to Terrebonne’s for some time, saying that as a “full service platform,” the firm needed the ability to both “help on the frontside, [and] protect our clients from litigation.”

Both Terrebonne and Lynch said pharma clients are attempting to minimize their legal spend and law firm rosters, and that the Terrebonne group’s skill set and Offit Kurman’s larger IP footprint would be beneficial for all involved.

IP isn’t the only area in which Offit Kurman has been expanding. Just earlier this month the firm absorbed 27 attorneys from Charlotte, North Carolina-based Horack, Talley, Pharr & Lowndes, expanding its reach to the Southeastern U.S.

“We manage to a strategic plan that calls for growth within our footprint,” Lynch said. “As long as it is responsible growth, we are looking to add good people,” he said.

Before her time at Caesar Rivise, Terrebonne spent time at Paul Hastings, Gieger, Laborde & Laperouse and Dechert, among other firms. She has a doctorate in pharmacology.

Hogan was a research chemist for several years before turning to law. He was formerly with Jones Day, Kenyon & Kenyon and Feldman Gale, among others.

Wey was at Caesar Rivise for almost six years. Before that she worked as a contract patent agent in the Washington, D.C., metro area. She has a doctorate from the Ernest Mario School of Pharmacy at Rutgers University.

Save for a one-year stretch at Stamoulis & Weinblatt from 2013-2014, Myer had been with Caesar Rivise since 2010. Before, he worked briefly as an assistant solicitor for Montgomery County, Maryland.

A representative for Caesar Rivise did not immediately respond to a request for comment on the departures.

Reprinted with permission from the July  issue of the Legal Intelligencer. © 2019 ALM Media Properties, LLC. Further duplication without permission is prohibited. All rights reserved.

Offit Kurman is one of the fastest-growing, full-service law firms in the United States. With over 230 attorneys offering a comprehensive range of services in virtually every legal category, the firm is well-positioned to meet dynamic businesses' needs and the people who own and operate them. Our offices serve individual and corporate clients in South Carolina, North Carolina, Virginia, Washington, DC, Maryland, Delaware, Pennsylvania, New Jersey, and New York.

At Offit Kurman, we are our clients' most trusted legal advisors, professionals who help maximize and protect business value, and personal wealth. In every interaction, we consistently maintain our clients' confidence by remaining focused on furthering their objectives and efficiently achieving their goals. Offit Kurman represents its clients the better way.

Whatever and wherever your industry, Offit Kurman is the better way to protect your business, preserve your family's wealth, and resolve your most challenging legal conflicts. At Offit Kurman, we distinguish ourselves by the quality and breadth of our legal services — as well as our unique operational structure, which encourages a culture of collaboration and entrepreneurialism. The same approach that makes our firm attractive to legal practitioners also gives clients access to experienced counsel in every area of the law.