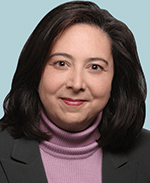 Offit Kurman Family Law attorney Marjorie Just and a client will be testifying Friday February 27, 2015 before the Maryland House’s Judiciary Committee. They will be testifying in support of a bill to clarify jurisdiction over peace orders. The Bill if passed would add a sentence to the Peace Order Statute stating that the court has jurisdiction over a case as long as the petitioner is a Maryland resident, regardless of whether the respondent is a resident of Maryland and regardless of where the violence occurred. This language is already included in the District of Columbia’s civil protection order statute. Just’s practice as a family law attorney focuses on the negotiation, settlement and litigation of complex family law matters in Maryland and the District of Columbia, including issues of property distribution, custody, child support, alimony, same-sex marriage and domestic partnerships. Just is a court appointed family law mediator for the Circuit Court for Montgomery County, Maryland, and she is a family law mentor for the D.C. Bar Law Firm Pro Bono program. She is a founding member of the Collaborative Divorce Association in Montgomery County, Maryland, as well as the Maryland Collaborative Practice Council Just is the author of “Divorce Decisions: Practical Ways to Protect Yourself, Your Children and Your Wallet,” published in August 2009 by Capital Books. Ms. Just has spoken on various continuing legal education panels on issues relating to family law such as tracing of marital and non-marital property, the Fifth Amendment Privilege, drafting of separation agreements, the Child Support Guidelines and same-sex marriage and domestic partnerships.