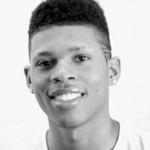 Offit Kurman’s business practice is a growing segment of the Philadelphia office and the representation of entertainment clients is a significant part of that growth.  Offit Kurman has added “Yazz the Greatest”, also known as, Bryshere Y Gray to his growing list of entertainment clients. The firm is proud to announce that Gray has recently been cast in Fox’s upcoming hip-hop industry drama pilot Empire, produced by Lee Daniels, Danny Strong and Brian Grazer. The show will be focused on a music superstar (Lucious Lyon played by Terrence Howard) and the rise of his company, Empire Entertainment. Gray will play the role of Lucious youngest son (Hakeem Lyon). Gray hails from Philadelphia where he attended Overbrook High School; the school was also attended by Will Smith. concentrates his practice in the areas of commercial litigation, business law and transactions and entertainment law. Please contact You can also connect with Offit Kurman via Facebook, Twitter, Google+, YouTube, and LinkedIn.