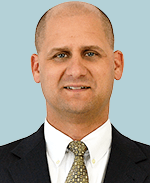 Offit Kurman Principal attorney Thomas W. Repczynski has been named a 2014 Virginia Super Lawyer®.  Super Lawyers® is a rating service of outstanding lawyers from more than 70 practice areas, in regions across the country, who have attained a high-degree of peer recognition and professional achievement.  The selection process is multi-phased and includes independent research, peer nominations and peer evaluations. Mr. Repczynski is an estates and trusts litigator, creditor-side bankruptcy attorney, real estate litigation lawyer, and principal with Offit Kurman’s Bankruptcy and Restructuring Practice Group. Tom focuses his practice in general commercial and civil litigation with an emphasis on fiduciary disputes, creditors’ rights enforcement, and real estate related matters of all types. Tom represents an array of lenders, businesses, and individual clients from across the country in federal, bankruptcy, and state court and administrative proceedings with a broad range of trust and estate (i.e. inheritance related) disputes and general business contract and tort issues.  Tom’s bankruptcy-related experience has most recently emphasized non-debtor spouse priority claim matters (advising and assisting divorce/family law counsel), commercial landlord and Chapter 7 panel trustee representation, and includes more than 16 years of preference claims defense, and other secured, unsecured, and priority creditor representation in Chapter 7, Chapter 11, and Chapter 13 bankruptcy proceedings with both local and national implications. In addition to receiving this recognition, Mr. Repczynski was recognized on the SmartCEO® Legal Elite list (December 2010).  Tom was re-elected in June 2014 to the Fairfax Bar Association (FBA) Board of Directors and currently serves the FBA as Treasurer, Chairman of both the Budget Committee and Reserves Task Force, and as a member of the Investment Committee.  He is a past recipient of the FBA’s President’s Award and is a member of the Leadership Fairfax Class of 2010.  Tom is a past President of the Northern Virginia Bankruptcy Bar Association (NVBBA), having served as a member of the NVBBA’s Board of Directors for many years.  Tom has served on both the Bar Liaison Committee to the Alexandria Division of the United States Bankruptcy Court for the Eastern District of Virginia (EDVA) and the Local Bankruptcy Rules Committee for the EDVA.