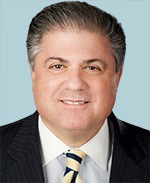 Zack Needles, The Legal Intelligencer January 09, 2014, 12:00 PM Maryland-based Offit Kurman has added labor and employment attorneys Neil A. Morris and Richard R. Morris to its Philadelphia office from Haddonfield, N.J.-based Archer & Greiner. The father-and-son duo, who joined the firm as principals Jan. 2, brings Offit Kurman its first Philadelphia-based labor and employment practice. They were previously partners in Archer & Greiner’s Philadelphia office, which they joined in 2008 when it merged with their previous firm, Pelino & Lentz. According to managing principal Theodore A. Offit, the firm has a large labor and employment practice in its Washington, D.C., and Maryland offices, but felt it needed a practice presence in its Philadelphia office. “Labor and employment’s one of our top practice groups in the entire region and Philadelphia’s a much more active labor market than D.C. or Baltimore,” Offit said. Offit said the firm knew it needed to bring aboard attorneys with strong ties to and an established practice in the Philadelphia region. That’s where the Morrises, who serve as labor counsel for more than 20 municipalities in the Greater Philadelphia area, came in. “We grow by adding high-end, quality lawyers and people,” Offit said. “Neil and Richard’s track record really speaks for itself. They’re Philadelphia people and we realize that, for our firm to grow in Philadelphia, we have to grow through Philadelphia leadership.” Neil Morris told The Legal that while he and his son were happy at Archer & Greiner, they were approached by a recruiting firm—Conshohocken, Pa.-based Alevistar Group—about joining Offit Kurman and were intrigued by the idea of joining a growing firm and building a labor and employment practice from the ground up in Philadelphia. “I’m going to chair the labor department [in Philadelphia] and, together with Richard, we’re going to grow it,” Morris said. “What that means is you can put your stamp on what’s happening. … It’s always better to have more control over your practice.” The other selling point, Morris added, was Offit Kurman’s compensation system, which he said is designed to objectively reward individual attorneys for the amount of business they bring into the firm, as well as the amount of work they do. As Offit told The Legal in 2012, business origination is not just a component of the firm’s compensation system, but a driver, and the firm pays a premium to attorneys at all levels for generating work. In addition, Offit said, the firm rewards attorneys for the amount of hours they bill. Morris said the objective pay system sets Offit Kurman apart from most other firms. “In many other firms—I’m not just speaking about Archer—you could have a great year, but if the firm as a whole doesn’t do so well you’re going to suffer as well,” Morris said. “At this firm, there’s some individuality in the compensation scheme.” Archer & Greiner President Christopher R. Gibson told The Legal on Tuesday that his firm’s compensation system is based on both subjective and objective factors, including origination, but acknowledged that pay can be affected by the firm’s overall performance. “We probably are a little bit more of the old school ‘all boats rise with the tide and get lower when the tide goes out’ [approach],” Gibson said, but added that the firm does have a discretionary bonus pool it uses to compensate attorneys who perform particularly well. Firm leaders and consultants told The Legal in November that many large firms are looking at moving away from origination-based compensation and toward models that take into account other factors, such as profitability and investment time. But Offit said Tuesday that its pay system plays a significant role in attracting laterals, and the firm, which more than doubled the size of its Philadelphia office to 24 attorneys in 2013, aims to continue growing by bringing on experienced attorneys with established practices and books of business. The Morrises’ practice centers on counseling municipal governments on labor and employment issues, meaning everything from contract bids and collective bargaining agreements to employee grievances and discipline. Neil Morris said changes in federal, state and local laws in recent years have led to an uptick in employee claims alleging age, race, disability and sexual discrimination against municipalities. According to Morris, employees are increasingly filing these claims following disciplinary action by the municipalities that employ them. “We’re finding more and more of these additional claims outside of the normal grievances and things of that nature,” Morris said. Morris said there wasn’t much of a question as to whether his and his son’s municipal clients would follow them to Offit Kurman because they’ve been working together since before the Morrises joined Archer & Greiner. In addition, Morris said, although Archer & Greiner has a large firmwide labor and employment practice, he and his son were the only attorneys at the firm whose practices centered on representing municipalities in the Greater Philadelphia region. “Our clients essentially deal with us and there wasn’t a lot of other contact with other attorneys” at Archer & Greiner, Morris said. Gibson said it was true that “most, if not all” of the Morrises’ clients followed them to Archer & Greiner, noting that those municipalities did not have much of a need for Archer & Greiner’s services beyond labor and employment work. Morris added that Offit Kurman also provides him and his son with the opportunity to build up the private labor law portion of their practice by cross-selling their services to the firm’s business and commercial clients. The addition of the Morrises came on the heels of a busy second half of 2013 for Offit Kurman, during which the firm added 10 attorneys in Philadelphia, including five-lawyer tax and estate planning boutique Fineburg Law Associates in September and litigators Philip Vogler and Michael Haley from Flaster Greenberg in August. Zack Needles can be contacted at 215-557-2493 or zneedles@alm.com. Follow him on Twitter @ZNeedlesTLI. •