As published on The Daily Record 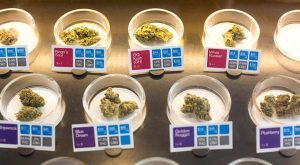 Given the complex legal hurdles of starting a medical cannabis operation, most people who have opened, or attempted to open, a growing, processing or retail operation in Maryland have contracted with an attorney.

To meet this need, law firms in Maryland have been developing cannabis practice areas.

Technically, prospective medical cannabis growers, processors, and distributors can operate without consulting a lawyer. But Jonathan Havens, an attorney with Saul Ewing Arnstein & Lehr LLP in Baltimore who has represented multiple clients in the medical cannabis industry, said most applicants do use a lawyer at some point.

“When you’re dealing with a business that has a conflicting state and federal legal posture, I would say most of them have used a lawyer, or multiple lawyers, at some point to do what they need,” said Havens, whose firm has more than 100 cannabis clients.

While medical cannabis has been sold in Maryland since December 2017, the federal government still categorizes cannabis as a Schedule I – illegal – drug.

Jonathan Wachs, who helped found Offit Kurman’s cannabis practice area, added that other penalties for not properly documenting expenses can include being taxed by the state at a higher rate.

Given these challenges, cannabis growers, processors and dispensaries often hire lawyers to help manage their day-to-day operations and the logistics involved in operating cannabis facilities.

Lawyers start to help at the beginning, with the lengthy license applications to grow, process or distribute cannabis. Havens said this first step is particularly challenging because of the paperwork involved – a security plan, a growing plan for growers and a community engagement plan, among other requirements. He noted that only a handful out of hundreds of applicants are approved by the state.

“It’s more thorough and intensive than almost any other regulatory application I’ve worked on,” Havens said of the cannabis industry applications. “They end up being hundreds, if not thousands, of pages long.” 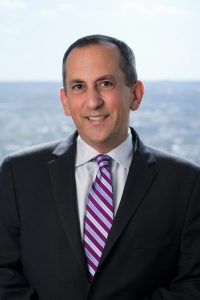 As a founder of the firm’s Cannabis Law Group, Jon has become a recognized resource on issues relating to the evolving relationship between cannabis law and intellectual property protection.  He has worked with many operators in the cannabis industry to navigate the rules and processes relating to specific state medical cannabis programs.  He is the co-facilitator of Offit Kurman’s Medical Cannabis Affinity Group, a dynamic speaker series featuring national thought leaders on operational issues affecting the cannabis industry.