Mr. Raftery joined the firm as a principal in 2009. He currently chairs Offit Kurman’s business litigation practice group, and previously led the landlord representation practice group. An experienced litigator and negotiator, Mr. Raftery has earned commendations such as a Super Lawyers designation for the representation and counsel he has provided to clients. In addition to his legal activities, he frequently lectures as a featured panelist and speaker to property management associations on both local and national levels.

“From the time John joined the firm he has consistently demonstrated his commitment to the goals and vision of Offit Kurman,” said Howard Kurman, labor and employment attorney, and Offit Kurman co-founder. “John has not only dedicated substantial time and effort to becoming part of the firm’s leadership team, he has garnered the respect and admiration of the myriad of attorneys, both old and new, with whom he has regularly interfaced. We congratulate John on this very significant achievement in his legal career.”

Offit Kurman stands apart from other law firms thanks to its ambitious growth strategy, its focus on maximizing the value of clients’ businesses, and its unique managerial philosophy. Keeping with the firm’s collaborative, merit-based culture and compensation model, Offit Kurman’s administrative team endeavors to recognize and empower its attorneys’ leadership capabilities. For this reason, Management Committee membership remains open to any and all attorneys who exemplify outstanding management skill and initiative.

To learn more about the men and women in charge of Offit Kurman’s administration, click here. John Raftery can be reached here. 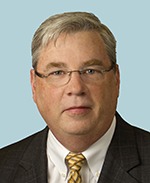 Mr. Raftery serves as the leader of the Business Litigation Practice Group. His practice focuses on real-estate litigation, contractual disputes, and representation of managers and owners of residential and commercial real estate. He negotiates and drafts management and vendor agreements, leases, tenant-workout agreements, and policies and procedures for residential fair-housing compliance. Mr. Raftery handles all types of real-estate disputes and litigation in venues ranging from small-claims courts to appellate courts — including federal courts — in all three jurisdictions. He also manages commercial and construction litigation, mold and pest-infestation claims, business torts, and defense of discrimination (Fair Housing Act and employment related) claims. Mr. Raftery frequently lectures to local and national industry associations, such as the Property Management Association, Apartment and Office Building Association, Institute of Real Estate Management, and the Mid-Atlantic Affordable Housing Management Association.