Under Armour’s lawsuit latest in series of legal battles 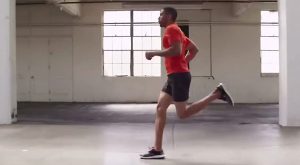 Under Armour Inc.’s lawsuit against Skechers U.S.A. Inc. for allegedly copying its “Protect This House. I Will.” ad campaign is the latest in a series of legal skirmishes between the Baltimore-based apparel and shoe company and its rivals and other businesses. Under Armour filed a complaint Tuesday in the U.S. District Court of Maryland that accuses California-based Skechers of “slavishly” copying the look and feel of its ad campaign with Skechers’ own commercial for athletic shoes. Both commercials, the suit says, feature fast-paced sequences of athlete close-ups in “cavernous” warehouses and gyms, pursuing the same workout tasks – pegboard climbing, whipping heavy ropes, boxing and jumping hurdles. Click here to read the full article the dailyrecord.com.