Law360, Philadelphia (November 03, 2014, 5:39 PM ET) — A Pennsylvania federal judge was urged during a bench trial on Monday to find that asbestos exclusions written into a pair of excess insurance policies issued to General Refractories Co., which is facing tens of thousands of asbestos-related lawsuits, did not exclude coverage for injuries stemming from asbestos-containing products. Michael Conley, an attorney with Offit Kurman representing GRC, told U.S. District Court Judge Eduardo Robreno that it was standard practice in the insurance industry in 1985, the time Aetna Casualty & Surety Co. issued the policies, to distinguish between claims stemming from direct exposure to asbestos fibers and exposure to asbestos-containing products. “Asbestos is a fiber. It’s a naturally occurring mineral,” he said. “That is a completely separate entity from asbestos-containing products.” According to court records, the exclusion in the Aetna policies applies to any “excess net loss arising out of asbestos.” The bench trial is the latest front in GRC’s 10-year legal fight to win coverage from its insurers for a wave of asbestos-related claims it faces from plaintiffs who say they were injured after being exposed to the company’s asbestos-containing products. In January, a jury hearing arguments in a separate phase of the dispute sided with the insurers and rejected arguments that Pennsylvania insurance regulators had made a policy of uniformly barring exclusions for asbestos coverage between 1979 and 1985. Separately, the company leveled arguments that exclusions in individual policies at play in the litigation only covered claims related to certain asbestos products and certain asbestos-related injuries. While the company has reached settlements with other insurers in the dispute, Judge Robreno has been left to decide whether Travelers Casualty & Surety Co., the successor to the Aetna policy at issue in Monday’s bench trial, will be able to skirt liability based on the exclusion. According to Conley, the policy could be relied on to provide coverage in as many as 60,000 pending claims against the company. Conley pointed to a number of exclusions written into other insurance policies drafted during the relevant time period which separately disclaimed coverage for injuries Click here to read the full article on law 360. 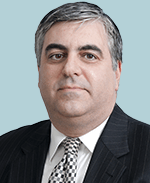 a Principal at Offit Kurman and Chair of the firm’s Insurance Recovery practice. Mr. Conley is a frequent speaker on insurance recovery and fracking issues.  To speak with Mr. Conley regarding the contents of this article, an issue related to Marcellus Shale drilling, or coverage issues in general, please contact him at 267.338.1317 or mconley@offitkurman.com

As one of the fastest-growing, full-service law firms in the mid-Atlantic region, Offit Kurman is well positioned to meet the legal needs of dynamic businesses and the people who own and operate them. At Offit Kurman, we are our clients’ most trusted legal advisors, the professionals who help them to maximize and protect their business value and individual wealth. In every interaction, we consistently strive to maintain our clients’ trust, further their objectives and help them achieve their goals. Trust. Knowledge. Confidence. In a partner, that’s perfect.  Please contact us for more information on Offit Kurman’s comprehensive Legal services. You can also connect with Offit Kurman via Facebook, Twitter, Google+, YouTube, and LinkedIn. WASHINGTON | BALTIMORE | FREDERICK | PHILADELPHIA | WILMINGTON | VIRGINIA