Fleeing threats to her children, a Honduran woman now faces a tough fight for asylum 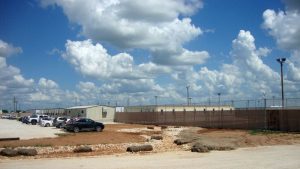 I met with G, an asylum seeker from Honduras, in a large open space at the South Texas Family Residential Center in Dilley, Texas, last month. As a volunteer attorney working with immigrants detained by Immigration and Customs Enforcement, it was my job to help her prepare for her initial asylum interview. First, though, I needed to hear her story.

The setting was not ideal, since anyone in the room could overhear what she said, including her two daughters, aged 10 and 12. She began hesitantly, describing how she had been raped by her father when she was 12. Her mother and six siblings, rather than being supportive, blamed G, whose full name I am not using because of her pending asylum claim, and her mother began beating her regularly. When she was 14, her father committed suicide, and the family held her responsible for his death.

In her neighborhood, everyone knew of her abuse history, G told me, and she was considered damaged goods, available to any man who wanted her at any time. She soon met an older man who said he loved her and, for two years she stuck with him. He was abusive, though, and she learned he was married.

As she sat across from me crying, recalling events she’d rather forget, I learned she was now 25 and had four children. As best as I could tell given the timeline, the two daughters sitting nearby had been fathered by her father. Since the girls had never heard these stories, G was ashamed and tried to minimize what she had been through. It took two hours of patient questioning to pull the full story out of her, and as she spoke, her daughters cried.