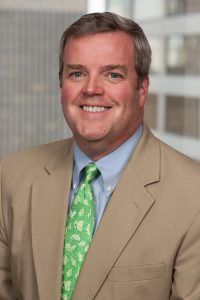 Offit Kurman is pleased to announce that C. Lawrence Holmes has joined the firm’s offices in Philadelphia. Mr. Holmes will serve as a principal-level attorney with the firm's Commercial Litigation Practice Group.

“I’ve been impressed by Offit Kurman for years, after litigating with and against their attorneys here in Philadelphia.  Now, given the opportunity to practice in partnership with rather than alongside or against them, I am excited by the opportunity to be part of Offit Kurman. Our multifaceted clients have complex legal needs. Being able to deliver Offit Kurman’s range of legal expertise and experience and geographic presence empowers each one of us to venture outside of the comfort of our own experience, and to explore deeply the breadth of our clients’ legal needs, all the while confident that Offit Kurman has the critical mass to address them.”

Mr. Holmes has established a track record of landmark legal successes and longstanding client partnerships. He concentrates on representing finance lease companies, and other institutional clients. A passionate advocate for his clients, he’s is skilled at humanizing large institutions and effectively communicating with juries and judges.

Mr. Holmes’ work includes pivotal cases that have impacted Pennsylvania law. He secured a milestone victory for a finance lease company, when a federal judge denied a motion to certify a class action against it as part of a claim exceeding $37 million. In addition to defending the motion for class certification, he obtained summary judgment against the lessees on all claims and counterclaims and obtained an order that the lessees were liable, jointly and severally, for all of the leasing company’s legal fees. The decision serves as a powerful tool for financial institutions in cases and class actions arising out of program failures. He also successfully argued before both the Superior and Supreme Courts of Pennsylvania and helped establish new insurance law in Pennsylvania.

To learn more about Mr. Holmes and to find out more about Offit Kurman’s comprehensive legal services, visit offitkurman.com.