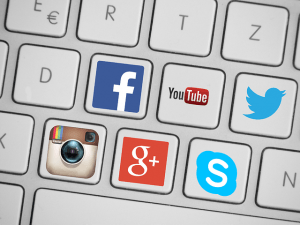 Maple Lawn, MD | August 31, 2015 Offit Kurman has placed 25th on Baltimore Business Journal’s Most Social Companies list. The newspaper, which covers the Baltimore MD, metropolitan area business community, debuted the list last week. Membership on the list is open only to companies on Baltimore Business Journal’s Top Public Companies list for 2015 and Top Private Companies list for 2014, and which maintain active presences on Facebook and Twitter. The list ranks companies by the combined number of followers on both social networks, and includes well-known local corporations such as Under Armour, McCormick & Co., and T. Rowe Price Group. Compared to many law firms, Offit Kurman is an early adopter of social media, having started its Facebook and Twitter presences in 2010. Over the past five years, the firm has steadily grown its online fan base by sharing a unique mix of articles written by attorneys, videos, and local events and news. The Facebook and Twitter pages also curate citybizlist’s popular CEO Interviews feature, which the firm sponsors. Although it is the 15th largest law firm in Baltimore, Offit Kurman is only one of two law firms on the dynamic list. Its designation as the second most social firm in the area reflects Offit Kurman’s strategic commitment to social media: one of the many ways the firm embraces emerging marketing approaches and technologies. As of this writing, Offit Kurman’s Facebook page has over 1000 Likes, and the firm has over 600 followers on Twitter. The Baltimore Business Journal Most Social Companies list can be found online here, or in the paper’s August 28th, 2015 print edition.

Offit Kurman is one of the fastest-growing, full-service law firms in the Mid-Atlantic region. With over 100 attorneys in seven offices serving Washington DC, Baltimore, Philadelphia, Wilmington and Northern Virginia, the firm is well positioned to meet the legal needs of dynamic businesses and the people who own and operate them. At Offit Kurman, we are our clients’ most trusted legal advisors, the professionals who help them to maximize and protect their business value and individual wealth. In every interaction, we consistently maintain our clients’ trust and confidence by remaining focused on their objectives to help them achieve their goals.     You can connect with Offit Kurman via Facebook, Twitter, Google+, YouTube, and LinkedIn.