Antitrust Law Does Not Trump the Right to Free Speech 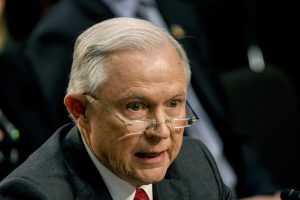 Attorney General Jeff Sessions recently convened an extraordinary meeting of state attorney generals to discuss whether social media companies “may be hurting competition and intentionally stifling the free exchange of ideas.” The attorney general’s summons comes on the heels of a presidential tweet accusing social media companies of “totally discriminating against Republican/Conservative voices.” The attorney general’s action, apparently intended to placate the president, is a dangerous misuse of the antitrust laws that undermine the freedoms of speech and press guaranteed by the First Amendment.

The suggestion that any social media company has a monopoly on the dissemination of news is ludicrous. On the internet alone, there are innumerable websites disseminating news, including aggregators like Google News and Yahoo News, subscription websites like the New York Times and the Wall Street Journal, free general news websites like Fox News and CBS News, and websites that explicitly cater to the right or left like Breitbart News and Mother Jones. In addition, of course, people get news from traditional sources like hometown newspapers, magazines, and radio.

Moreover, even a cursory sampling of the websites criticized by the president demonstrates the absence of bias, regardless of how and by whom that subjective term is defined. For example, on the morning I composed this op-ed, the top three news stories featured on Google News were articles from the New York Times on Deputy Attorney General Rod Rosenstein, from Fox News on Judge Kavanaugh and from the New York Post on a teen who had survived 49 days at sea on a floating fish shack. And the source of the next three articles about Rod Rosenstein, after the New York Times piece, were Fox News and the Washington Examiner.

Click here to read the full article on The Hill