An American International Group Inc. affiliate is facing a nearly $6 million lawsuit in Pennsylvania state court after it denied coverage to a policyholder seeking to recoup losses after a collapse delayed work at a facility being renovated to rehabilitate ships and assemble naval propulsion equipment.

Rhoads Industries Inc. said in a complaint on Tuesday that AIG unit American Home Assurance Company Inc. had breached its contract by refusing to provide coverage after a warehouse it was renovating in the Philadelphia Navy Yard partially collapsed in May 2015, setting back work on renovating the facility for use under a contract with Northrop Grumman Systems Corp. and the possibility of more than $100 million in revenue.

"It’s really pretty simple," said Jay Levin, an attorney with Offit Kurman PA representing Rhoads. "We’re all looking at the same data, we just disagree as to whether it’s covered under the terms and conditions of the policy."

The complaint filed in the Philadelphia County Court of Common Pleas said that despite provisions providing coverage to expedite a delayed project, American Home shot down claims Rhoads made under the policy after the incident. 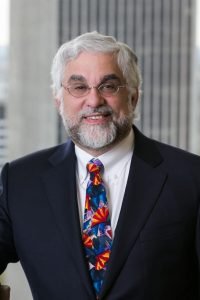 Jay M. Levin is an insurance recovery attorney and serves as the chair of the firm's Insurance Recovery practice group in the Philadelphia office. He focuses his practice on representing policyholders in disputes with insurance companies involving all types of insurance coverage. Jay has extensive litigation experience in multi-million dollar property insurance coverage cases, including suits involving policy construction and application, cause and origin, valuation, and business interruption issues.